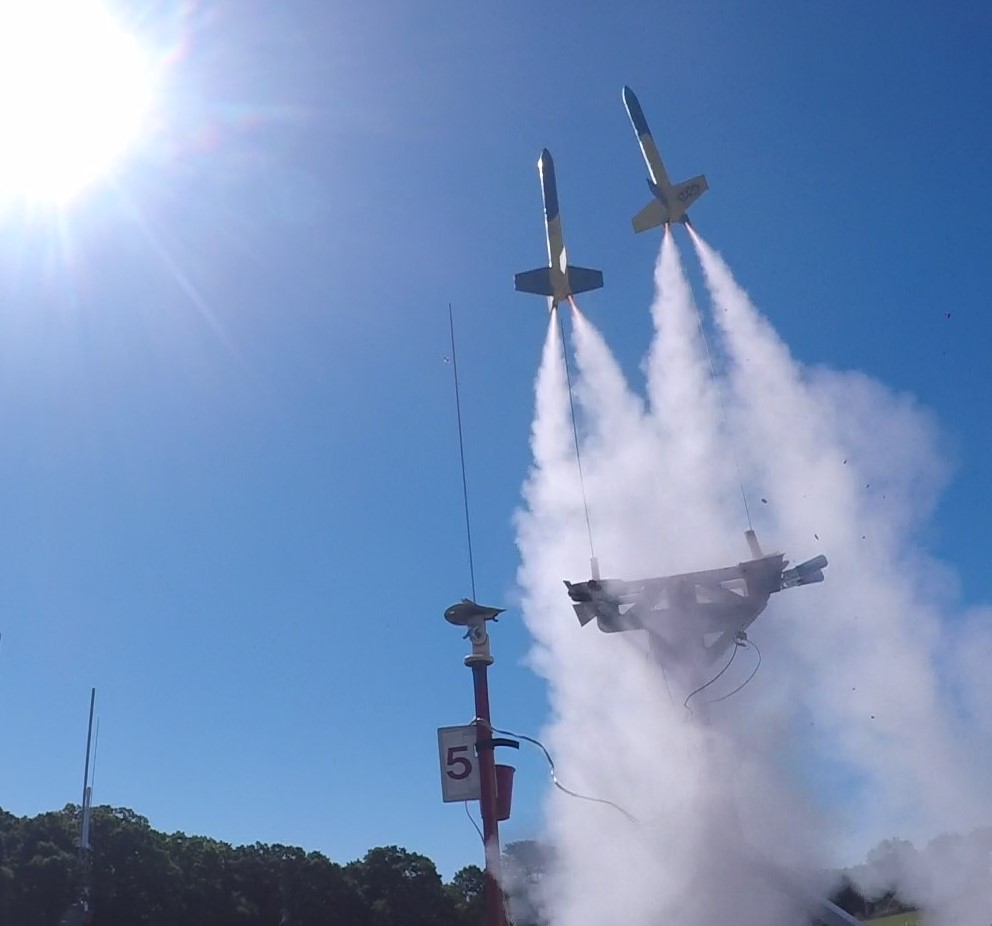 Just as last time, we set up all 11 launch pads and Guy's 10/10 rail, and only 8 pads were wired; the launch session ran from 10 am to 2 pm and no food was served. And again, it all worked really well! The state mandated outside gathering limit was 50 people, and we were able (just) to keep ourselves legal, even with a group of Civil Air Cadets from Worcester. Temps were in the 70's with a moderate to strong wind blowing toward the trees (not good). We had 177 flights ranging from 13 mm A's to our max of G motors. The trees did take their share of rockets. At least five went in; don't know how many came out. (The five does not include my G Force!) We also had two CATO's.

We started off our end-end-of summer launch appropriately with Scott Clement's 'Corn on the Cob'. He later served up desert with his 'Ice Cream Cone'. Steve Kranish and Gordon Strodel both had their remote controlled gliders. Steve's was very impressive with flight times of more than 5 minutes (I actually think we left him there after we tore down the equipment at the end of the day!). There were about 10 cadets of the Worcester Cadet Squadron-Civil Air Patrol, along with parents and their squadron leader, Joe Zwirblia. They launched a number of Alpha III's on Estes A motors. All seemed to work well for them, and they appreciated all the help they received from CMASS (thanks especially to Frank, Linda and Dan Shea). Pictures are in the Gallery, please 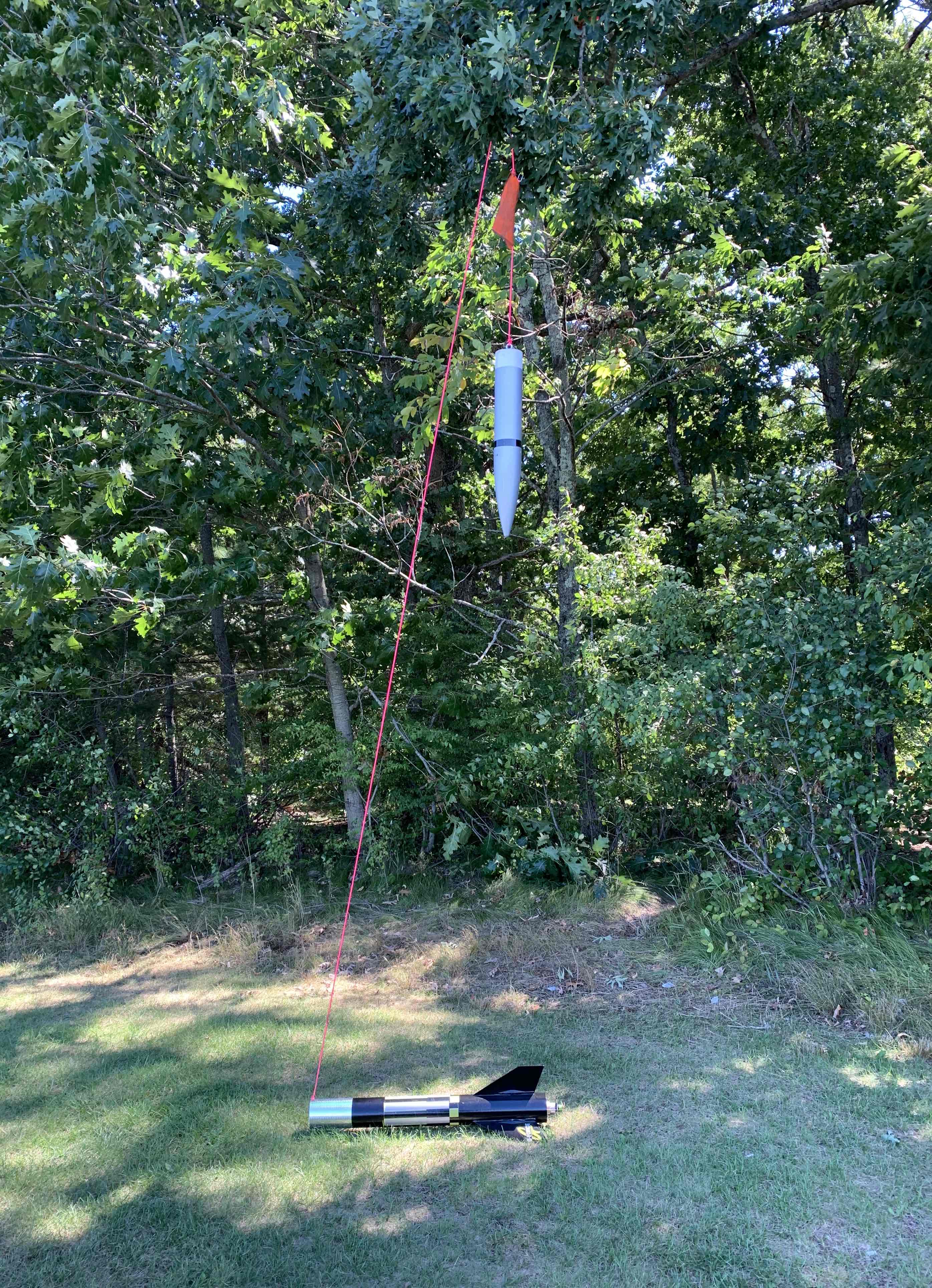 Ok, back to the title. There were at least 4 Cornell alumni at the launch! It was like a reunion! - although one spanning a couple of generations. Undergrad classes of '77, '07, '09; and grad school classes of '84 and '15 were in attendance. Hail, oh hail, Cornell!

Thanks again to everyone for abiding by the Covid guidelines. It really makes things a lot easier for everyone. Thanks also to Guy and Kenn for manning the launch table most of the day, and to Howard, Tony, Frank, Linda, Jim Salem and everyone else who helped with set up and take down.

Our next launch is Sept 19th at Woodsom Farm in Amesbury - bring your HPR! 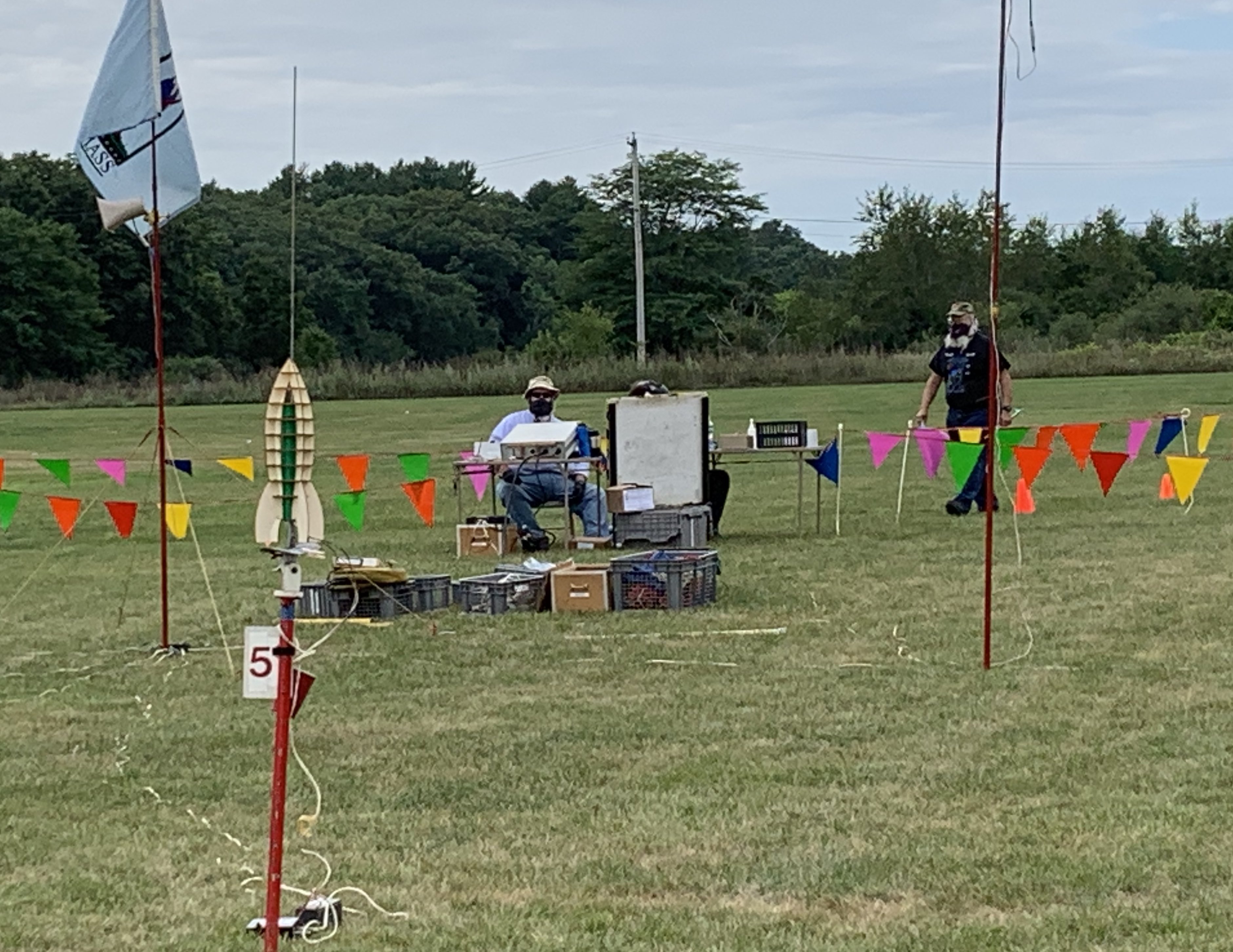 Out in Acton, where a friend is a friend, it was a great day for our belated inaugural launch. Overcast skies in the morning gave way to sun in the afternoon. Temps were in the low 80's and virtually no wind the entire day! The cricketeers were not there, but there were some long horn cattle feeding on the lowly jimsonweed. Ah - back in the saddle again.  We set up all eleven launch pads and Guy's 10/10 rail, but only eight pads were wired in an attempt to create some extra distancing. The launch window was shorted as well to 10 am to 2 pm and no food was served. And it all appeared to work well. Ridin the Acton range once more we were totin' a one hundred and forty four launches! And for a shortened launch time, that was pretty good.

Whoopi-ty-aye-oh we had a maximum of 30 attendees rockin to an fro. Well within the limit of 100 outdoor gatherers set by the state. Which bodes well for out next scheduled launch in Sept. Motor usage ranged from 13 mm A to a couple of G79 motors and we'll let you guess who launched those. There were at least 15 maiden launches - a result no doubt of the Covid lockdown. If you can't fly, at least you can build, and Tony was especially busy during these past few months. We had no CATO's and only one rocket left the field for the trees. It was Rod Thomas's Pegasus and I believe he was able to retrieve it. Thomas Zacharer launched his Dark Star Mini on a CTI F36. Whoopi-ty-aye-yay, it was going its own way, 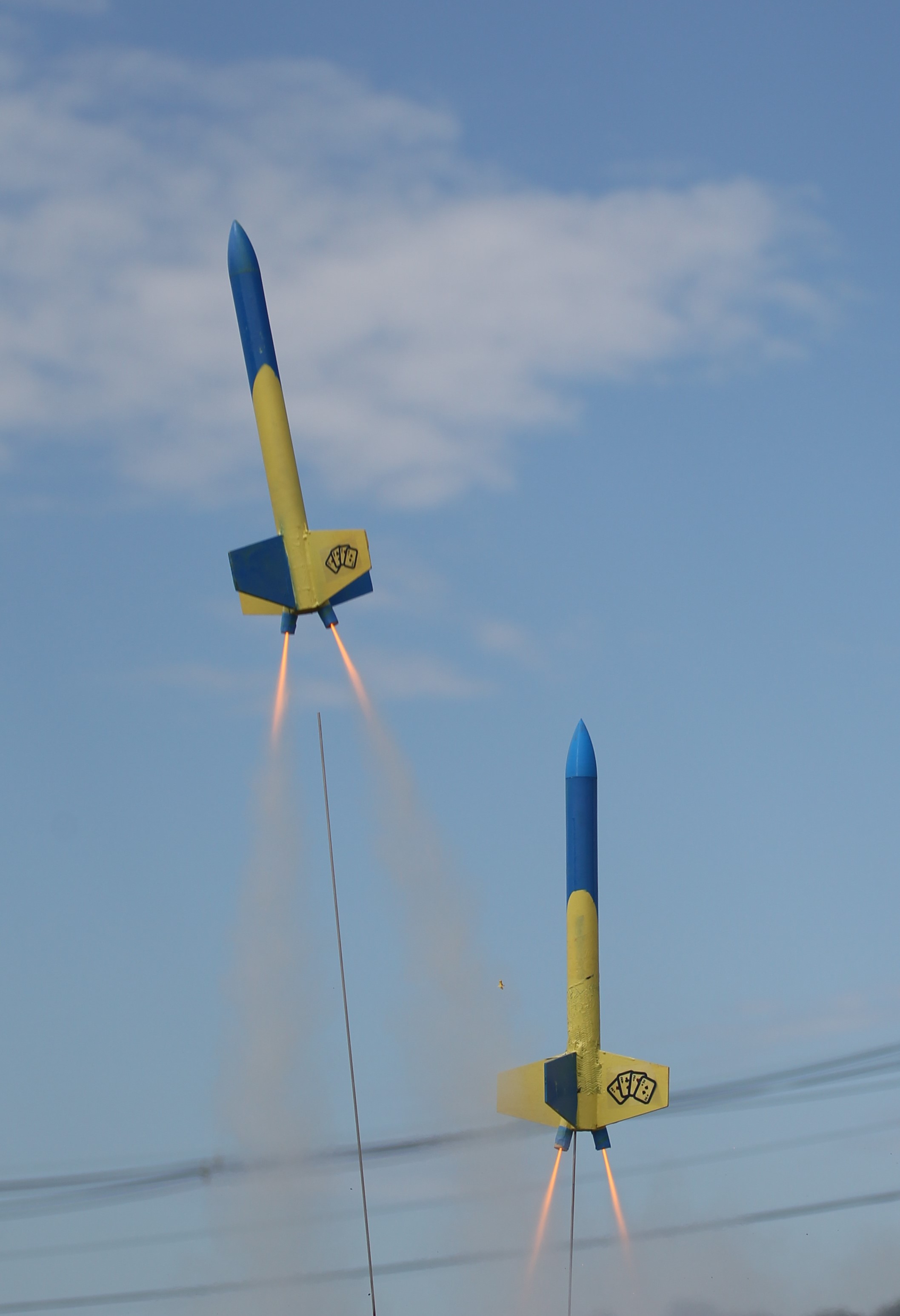 arching over Route 2. I'm not sure if he got it back. Bruce Strong brought his pair of Sputniks; one flew better than the other. You can see his video on the CMASS thread on TRF.

Thanks to everyone who was there for working within the Covid guidelines. It really makes things a lot easier for everyone. Thanks also to Guy and Kenn for manning the launch table most of the day. Thanks also to Howard, Tony, Frank, Ron Q and everyone else who helped with set up and take down.

We'll be ridin the Acton range once more on Sept 5th (as of now there will be a limit of 50 people for outdoor activities). No need to sleep out every night until then. Just stay safe and - we'll be back in the saddle again!

And for the real deal.