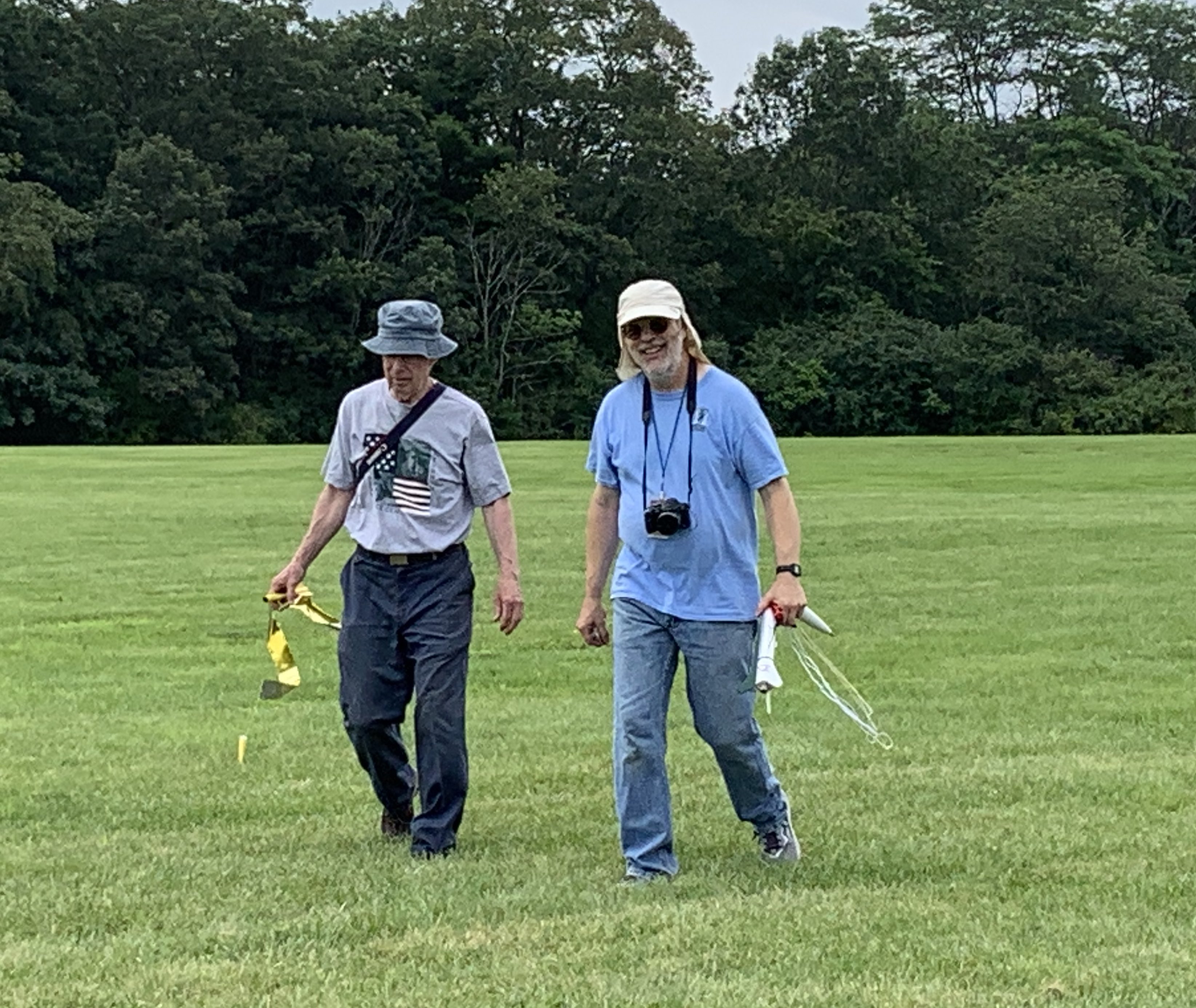 The cricketeers are nothing if not persistent. On second thought, they're also annoying! In what appears to now be our normal start of an Acton launch, we had to first clear the field of cricketeers. (I wonder if there is a local pest control service that CMASS can hire to take care of this for us!). Because of the 'iffy' forecast, only 6 pads were set up in the case of a quick take down. Fortunately, the day turned out to be great - clouds in the morning with sun in the afternoon and virtually no wind. It was a great day to launch! At peak, I estimated about 70 to 80 attendees. Esther's Engines and FlisKits were there, which made it even nicer. We had 218 flights (a lot for Acton) with motors ranging from MicroMax to several G motors. There were a few rockets that landed off the field but none in the trees and we had one CATO.

Curtis was there with his Deuce's Wild (did I really need to say that!). One was a 3D-printed version flown on 2 B6-4's. And check out his article in the latest Sport Rocketry. Quite a number of FlisKits were flown that day. Besides Curtis's Deuces Wild, there was at least one other Deuces Wild, 3 ACME Spitfires, 1 Tres, 1 Drake, and a number of other FlisKits. A few Mean Machines were also flown, including Harry Woodell's Micro Mean Machine. Two of the more prettier rockets (IMHO) were Lorena 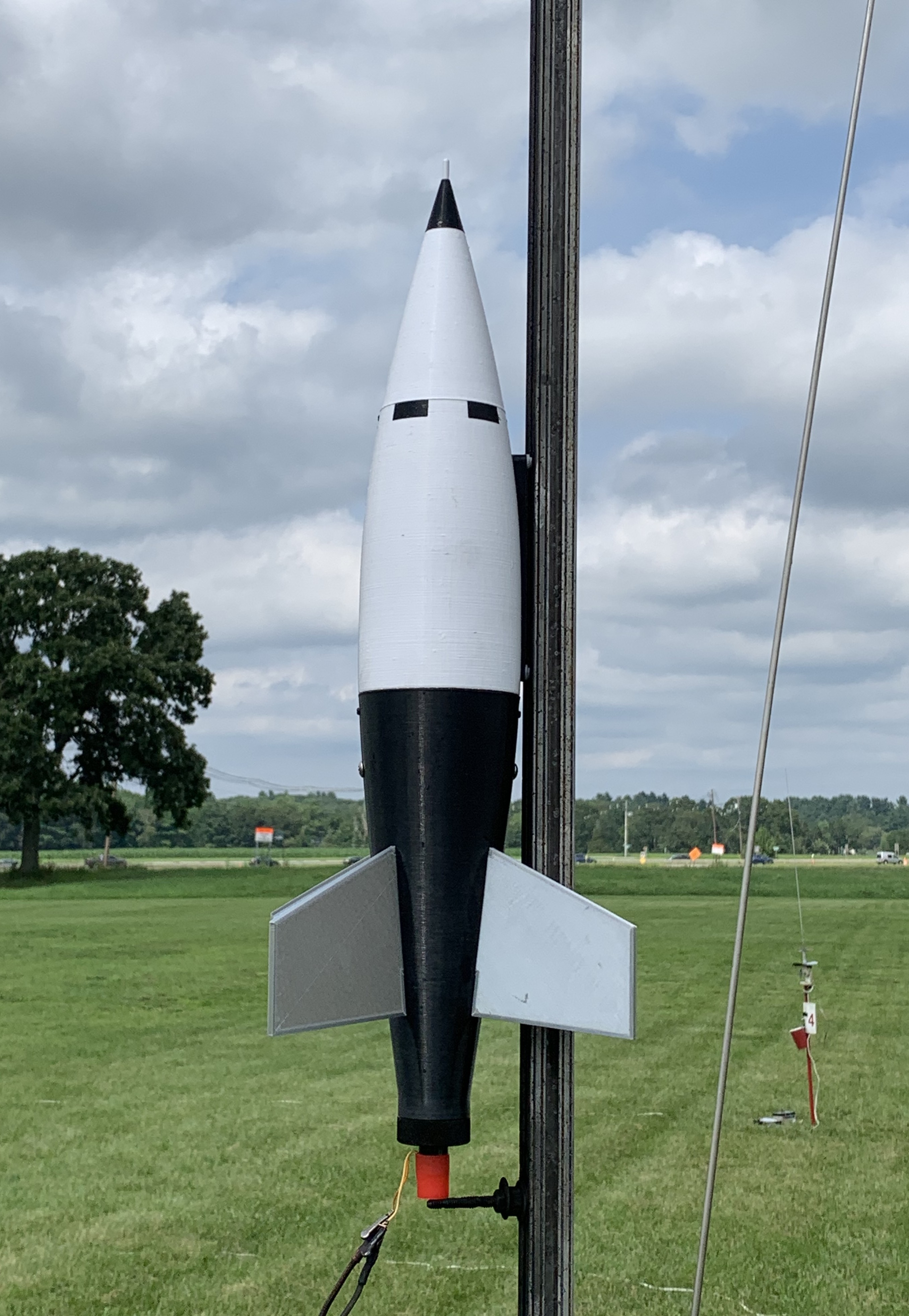 Jones' Interceptor and a really nice Odyssey (Todd Lainhart). Guy launched his usual spools, and a 'real rocket' - a Wild Child; and he didn't even have to walk far to retrieve it! Jim Salem launched his Blue Dream twice - each time being brought to the launch pad and retrieved by a remote-controlled vehicle - neat!! Jimi Two Feathers launched a FlisKits Rhino on an E20-7W; and the only reason he got it back was that it separated at ejection and the rocket landed on the field. The nose cone with parachute actually landed in my backyard yesterday! I'll bring it to the next launch! But the rocket of the day definitely goes to Christine Zacharer for her 3D-printed, original design, modular - "I Wanted to Be a Saturn V So Mom Made Me This Costume". It was its maiden flight and flew great on a G80, with Chute Release. It's a really neat design and a really pretty rocket! It just needs a better name! Pictures are in the Gallery. Please post yours.

Thanks to everyone who attended for abiding by the Covid guidelines. Thanks again to Kenn and Guy for manning the launch controls; to Matt, Linda and Christine for helping with food, those that helped out at LCO and RSO and to everyone else that help set up and take down.

Our next launch is Aug 14th in Acton. 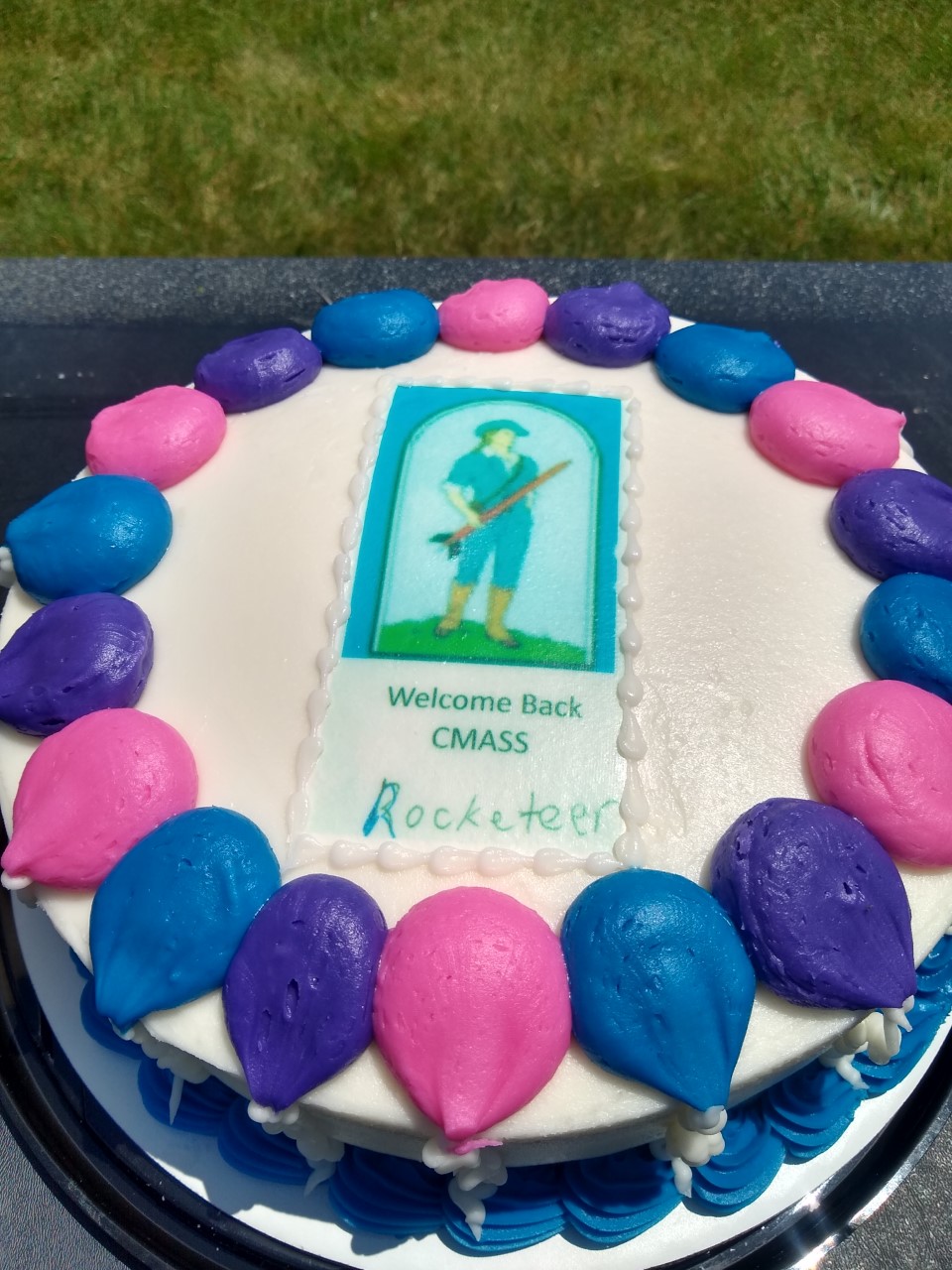 The launch saw the resumption of food service at our launches - and a cake to celebrate - Thank You Linda!! It also saw the resumption of our friendly Cricketeers trying yet again to weasel the field. The Cricketeers begrudgingly left the field by the time set up was complete - NO CAKE FOR THEM! The weather was good, temps is the 80's with mostly sunny skies. However, the winds were not good. Most of the day they blew toward Route 2 but after a while did blow toward the trees at the other end of the field causing more than a few lost rockets. We had a good size crowd. No scout or student groups but a number of first time fliers and volunteers. All, very much welcome. We had 189 flights ranging from 13 mm A through 1 G74 - and yes it was Howard and it landed just off the field! We had a few CATO's. The most spectacular was of an Aerotech F50-6T motor in one of my scratch built rockets - Killi. Fortunately, there was no damage (and Aerotech replaced the motor). Rob Caswell also had two CATO's of 13mm A motors.

The wind was an issue and resulted in a number of long recovery walks and a few rockets lost to the trees. I 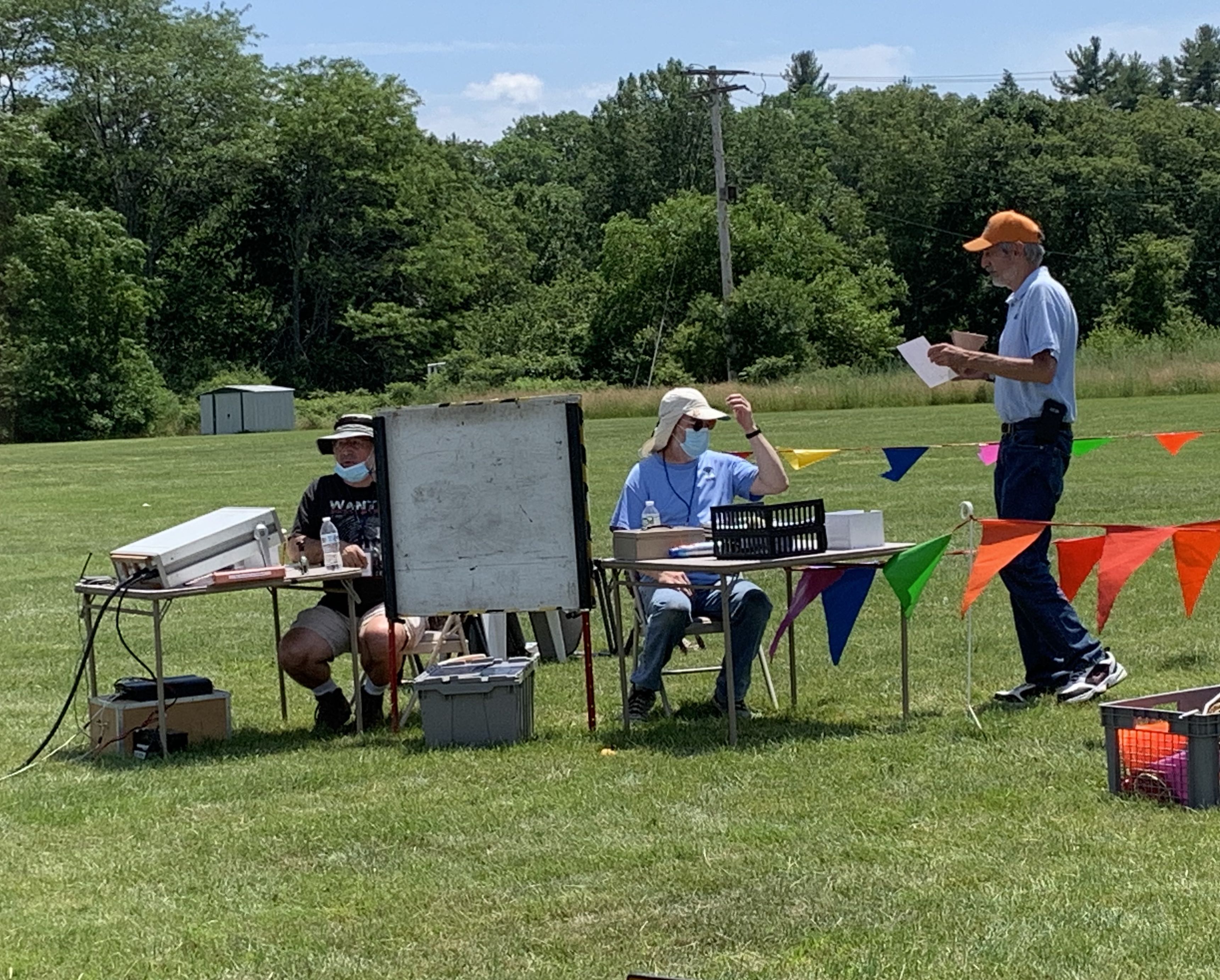 lost a FlisKits SPAD, a really nice Door Knob (Matt Ryan) was also taken by the trees and I believe Todd Lainhart lost his FlisKits Tres. Dan Shea launched is Baby Blue Bertha at least 4 times; the last flight taken by the trees. But he did get it back! Jim Flis was there and tested a new prototype - a Deuce's Wild look-a-like with two clusters of 4 13 mm A motors. Both flights went well and it was neat to see. Jim and Bruce Strong also drag-raced their Space Raiders. Pictures are in the Gallery. Please post yours.

Thanks to everyone who attended for abiding by the Covid guidelines. Thanks again to Kenn and Guy for manning the launch controls; to Matt, Linda and Christine for helping with food and to everyone else that help set up and take down. We also had a few new people trying their hand at RSO and LCO duties - thanks to them as well.

Our next launch is July 17 back in Acton.