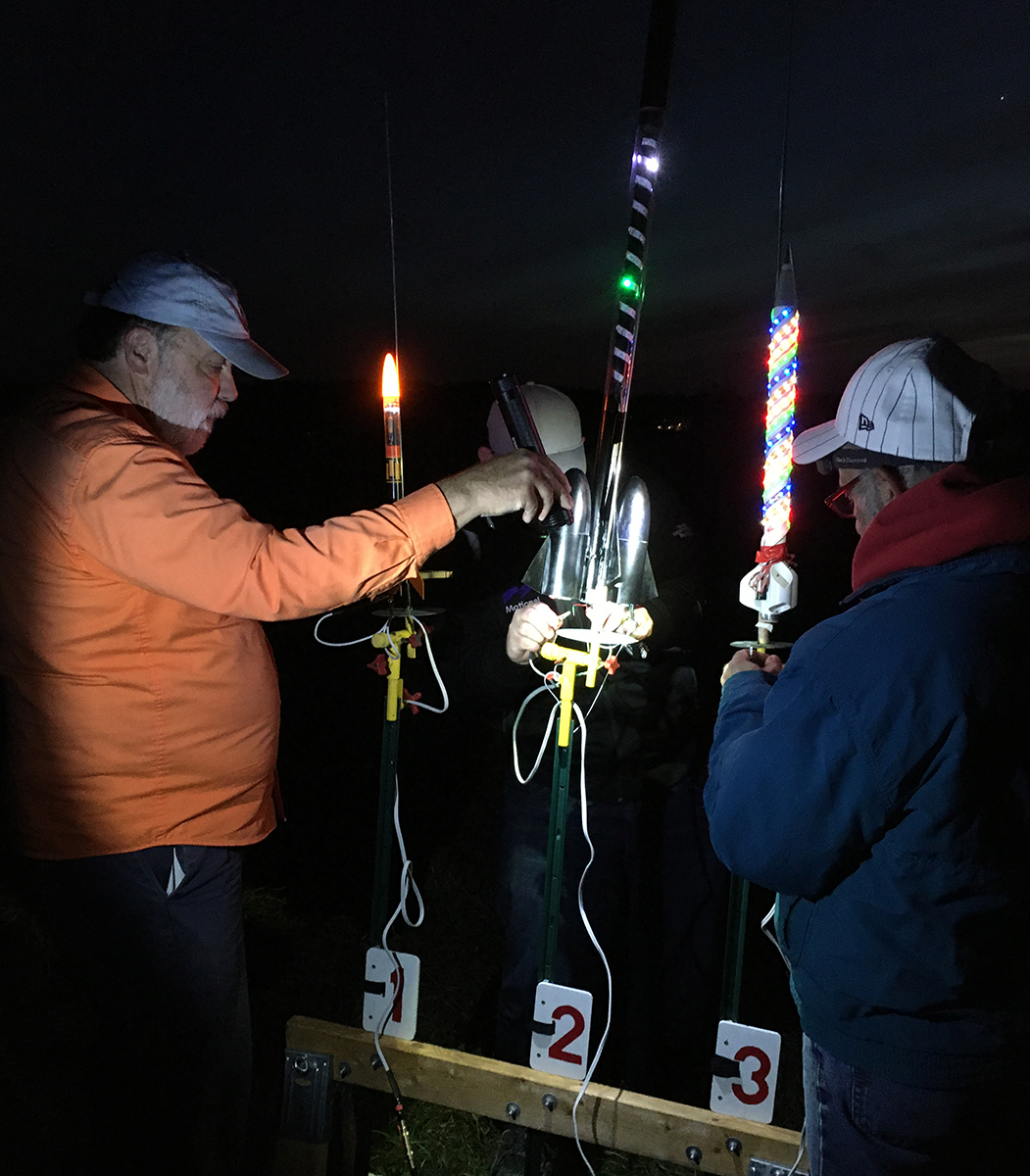 The next to last launch of the season was a great one. Virtually no wind the entire day and what little wind we had blew away from the power lines for most of the day. Sunny skies and temps in the 50's. Although the temperature did start dropping late in the afternoon and the winds started blowing toward the power lines late in the afternoon as well, such that high power launches were shut down at around 3:00. We had a large crowd with a number of first-time families, a scout troop from Melrose and two college teams. I estimated there were well over 100 people at its peak.

283 flights ranging from 1/4A up to I. Twelve high power flights, with one successful L1 certification - congratulations to Tim Dawson. We did have some trouble with the HPR pad mechanics. That and the winds changing direction at the end of the day did limit HPR flights; otherwise, I'm sure there would have been a lot more. We had several competition flights, a lot of first-time fliers and one CATO that I remember. Not wanting to let the holiday go, Scott Clement and Rob Thomas both launched a few post-Halloween, Halloween rockets. Curtis launched at least one Deuce's Wild (there can't be a launch without one!). Deb Zeigler launched her Mary Poppins Bumbershoot, which had more of a tumble than a bumbershoot recovery; but still a 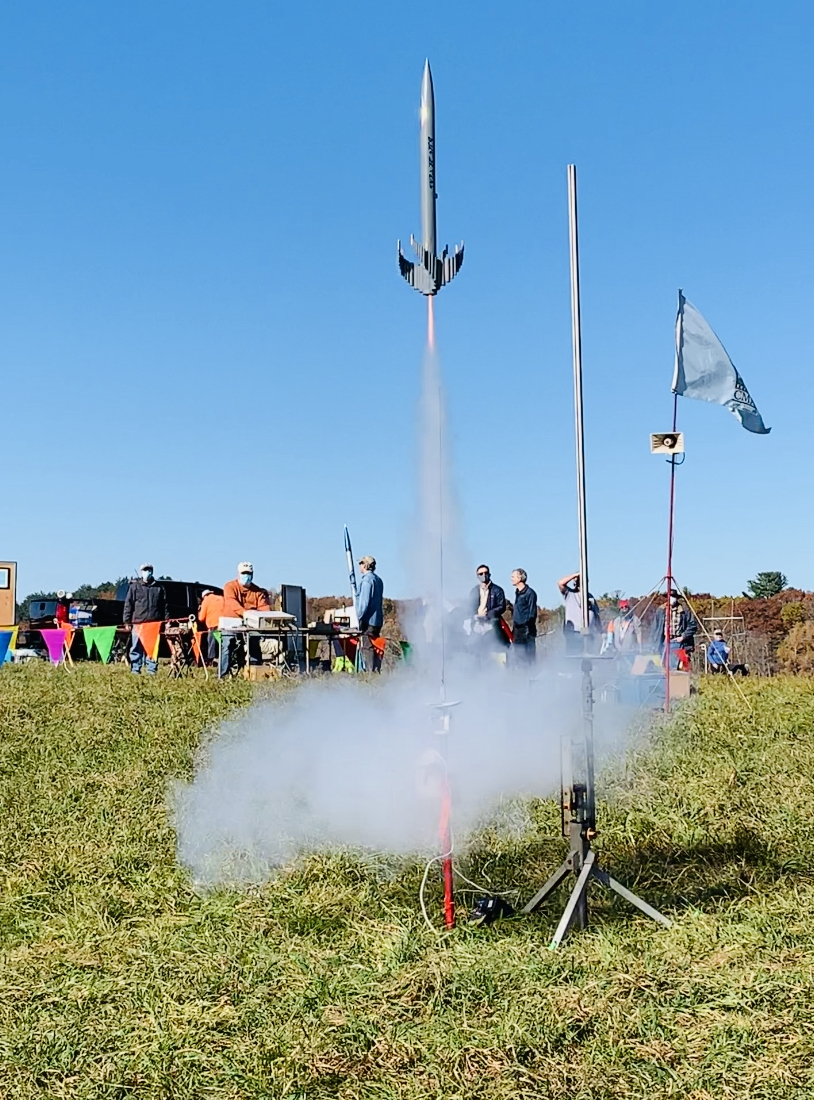 fun rocket. Harry Woodell had his own personal drag race with two of his pyramid-type rockets. Steve Kranish launched his R/C glider three times with each having a really pretty glide back. A lot of scout launches and a lot of 'I have no idea of what I'm doing' launches. All making it a fun day. But - the 'Comment' of the day goes to Frank on his card for his Hurricane II, flight # 273 - 'I'm Cold'

The pads were broken down at around 4:00 and the night launch pads were set up. By this time, the sun had set and the temperature dropped dramatically. It got cold. There were about a dozen flights ranging from A to G, with both kits and scratch built rockets - all pretty imaginative! Pictures are in the Gallery.

Thanks again to everyone who attended for abiding by the Covid guidelines. Thanks to Guy for manning the launch controls and everything else he did that day; to Matt and Linda for their food service duties, and all those that stepped up at the last minute to handle LCO and RSO duties.

Our next launch is this Saturday in Amesbury with another night launch. This will be our last launch of the season. Be there! 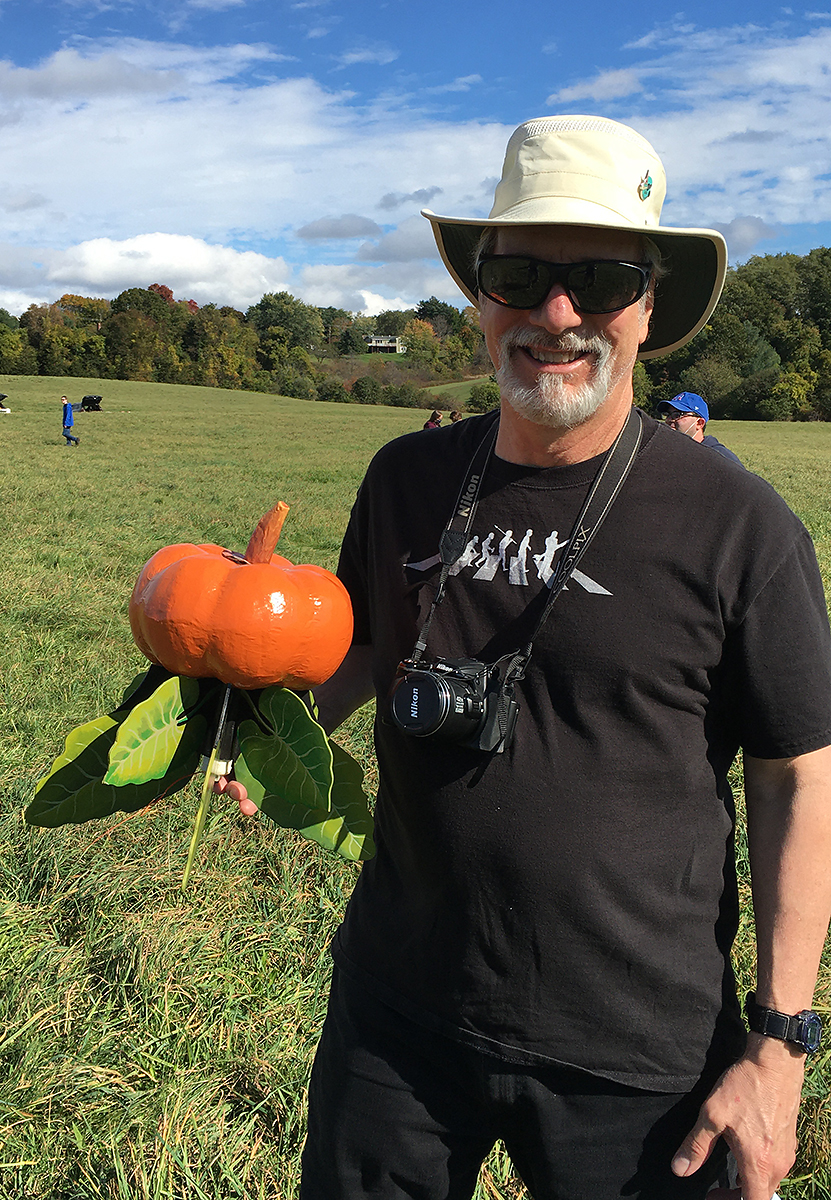 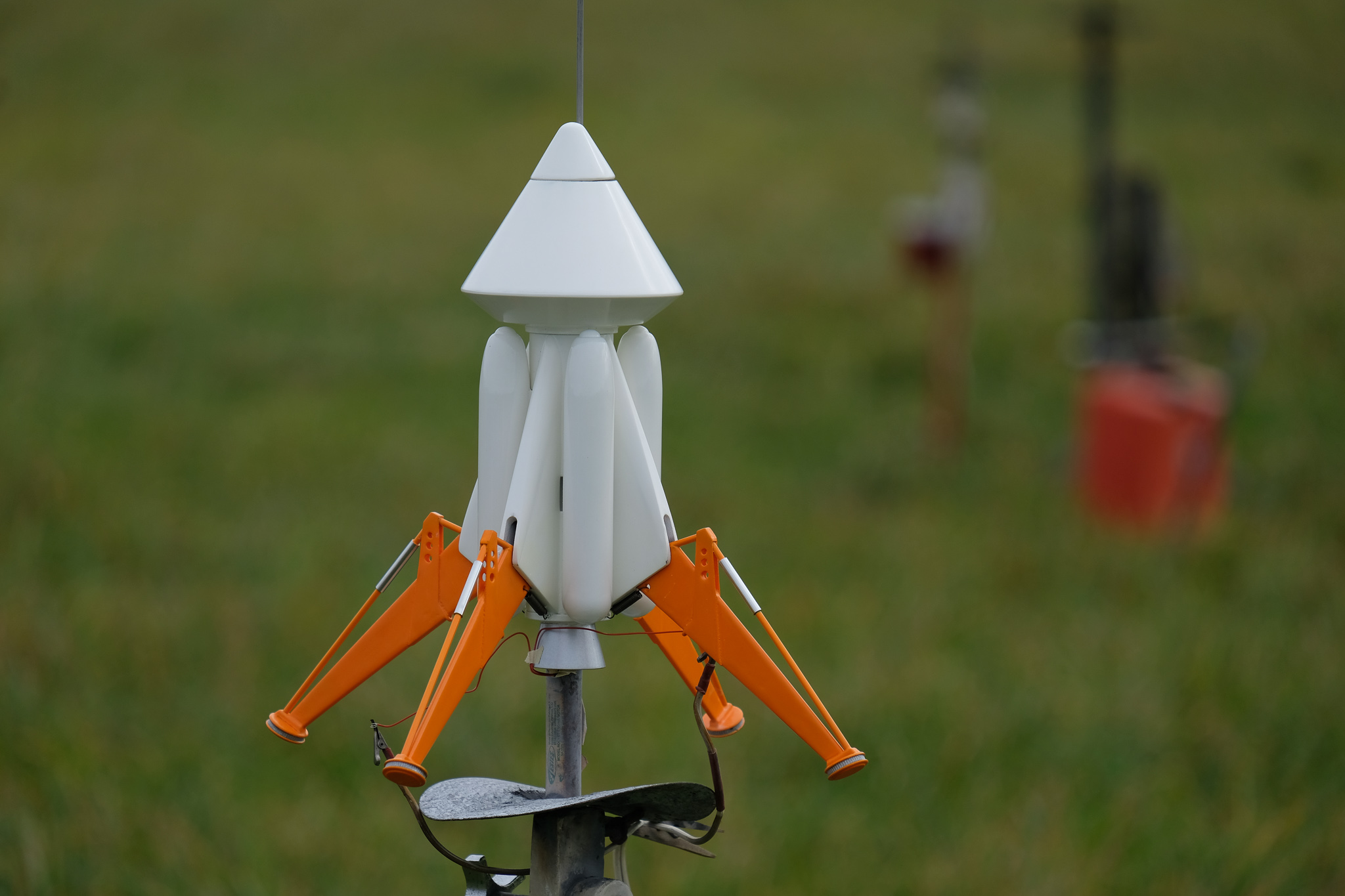 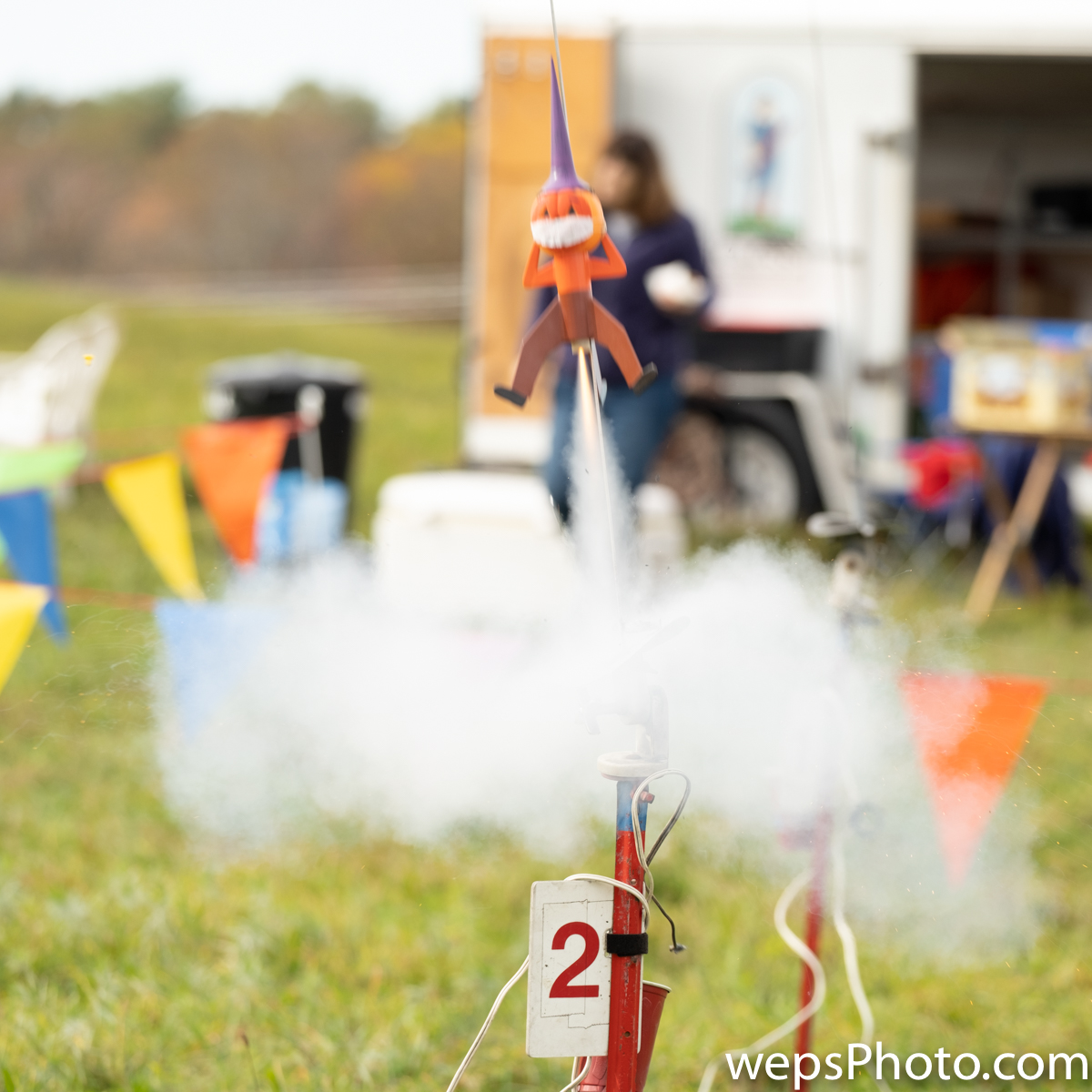