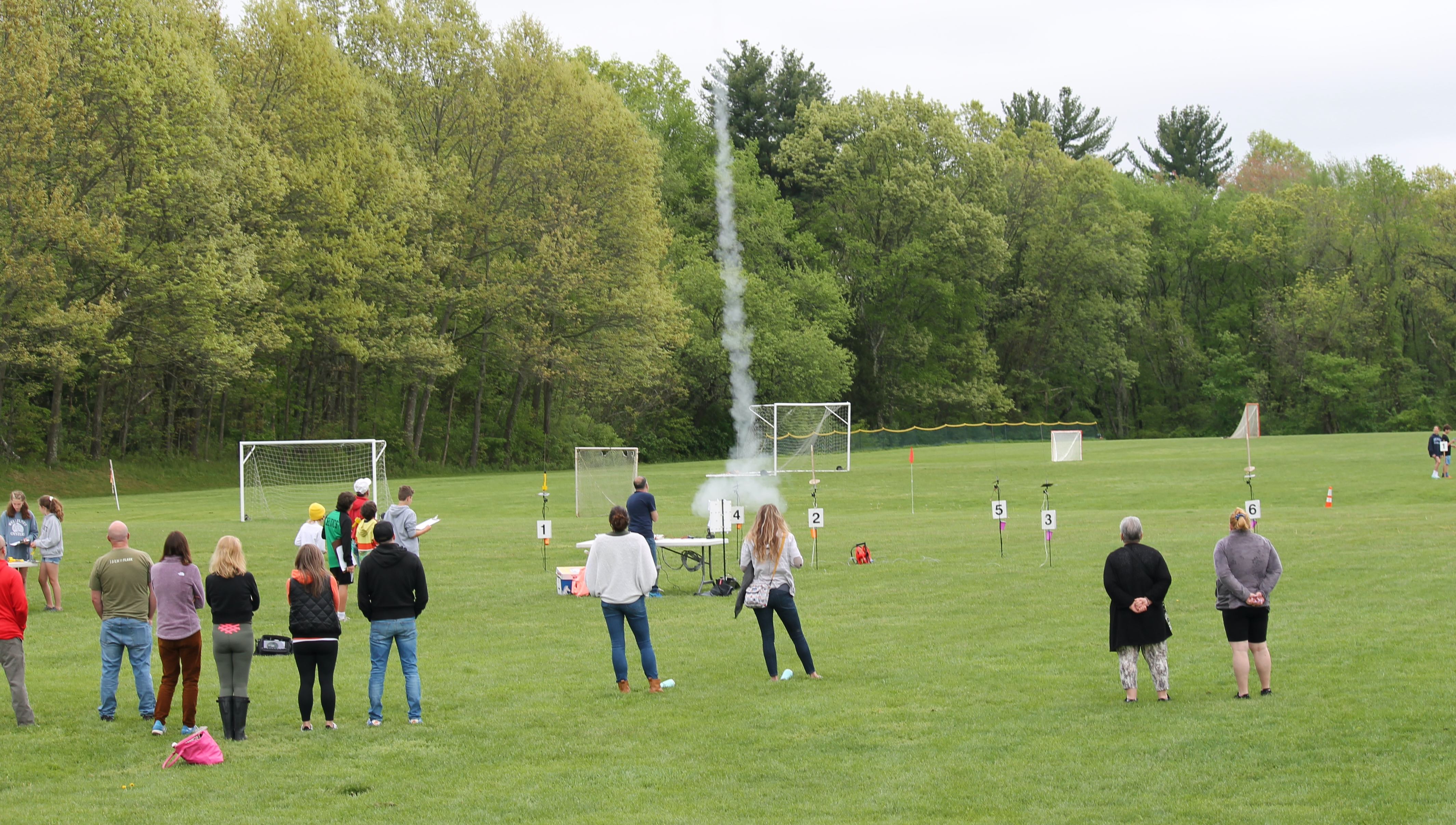 After a two-year covid hiatus, rocketry is back at the John C. Page School in West Newbury. Rocketry was sorely missed and everyone is thrilled to have it back. That's a good feeling and shows we are doing something special for the 6th graders at the Page. 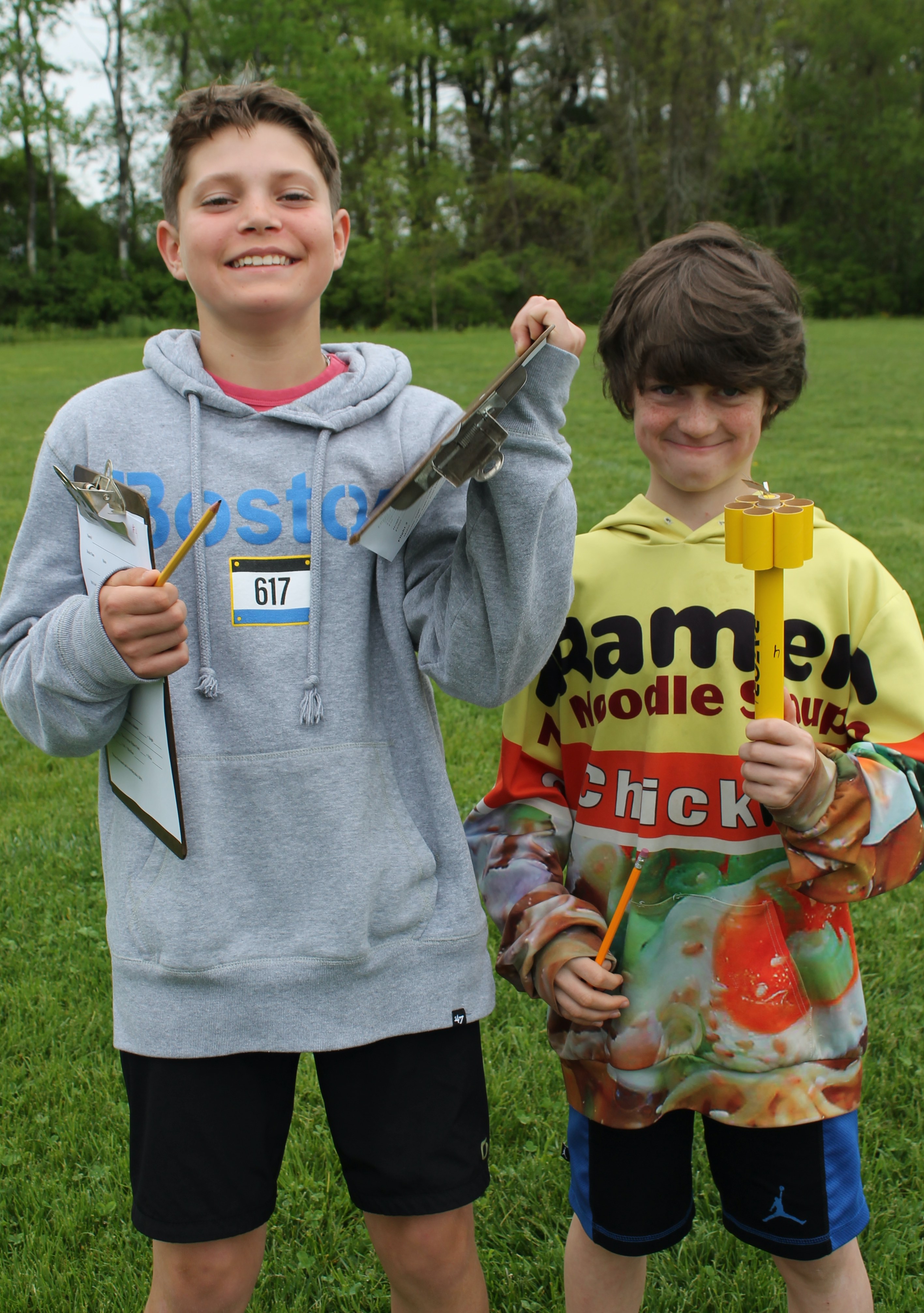 starting rocketry 14 years ago; only 35 students split into two home rooms. John Benvenuti is still there and now they have a new math/science teacher, Trina Forest. She is fully on board with rocketry and is a great addition to the team. With only two homerooms, we built two rockets: Fliskits Thing-a-ma-jig and Custom Razor. Each year there seems to be some occurrence or characterization that best describes the unit that year. In past years, it almost always involved glue - usually too much - way-too-much! But the kids have been pretty good with glue for a while now. We did have one - 'too much is not enough glue' - team this year; but everyone else was pretty good. This year the characterization would be just the excitement of having rocketry back! Pictures are in the Gallery. 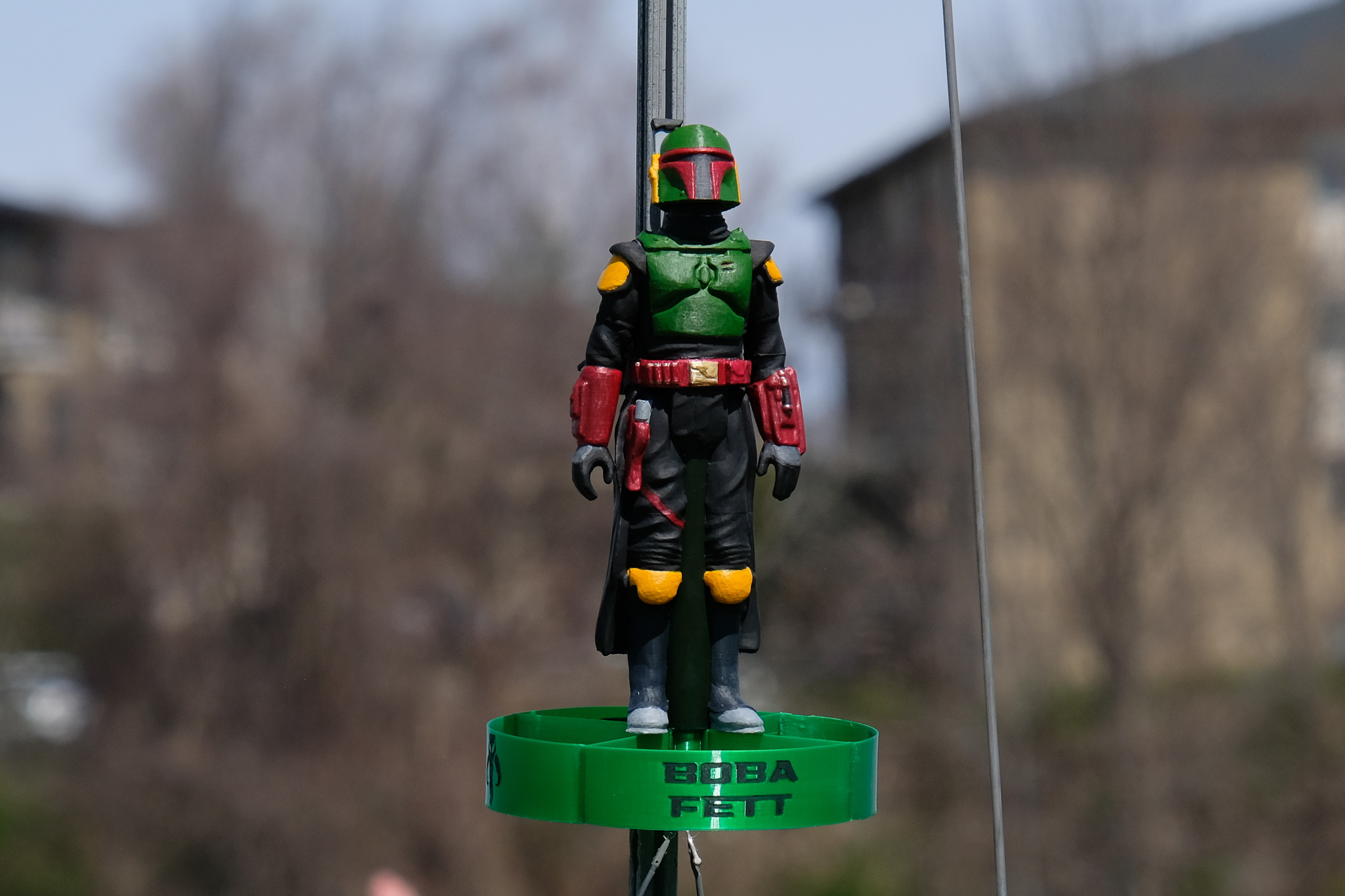 Our first launch of the 2022 season was good until it wasn't. Temp's in the 50's with slight by variable winds blowing toward the parking area. We had a large crowd with several college teams and a group of Civil Air Patrol Cadets. We had 144 flights from 13 mm A through I; ten high power flights, with a few successful L1 certification flights from the college teams, and 5 NAR competition flights.

There were a number of high power flights that day, mostly coming from the college teams and quite a few mid-power flights as well. Both resulting in back-ups at the two high power pads and at the single mid-power rail. We'll 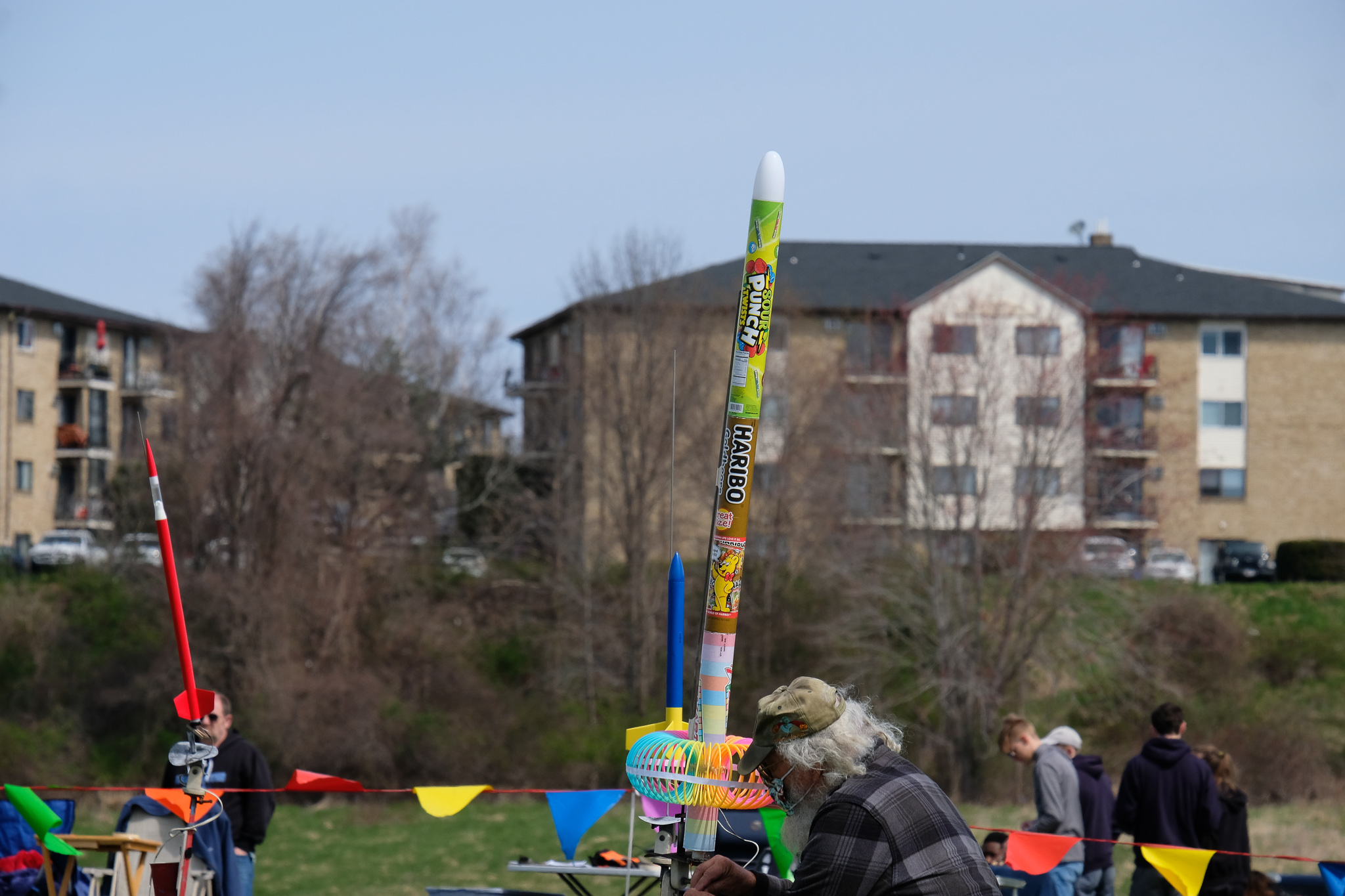 see if this is a trend. Both Boba Fett and the Mandalorian flew that day. Tim Dawson launched his US Space Force (aka TLP Osiris), really pretty all decked out in black and gold! But I think the rocket of the day goes to Bruce Strong's 'Big Rocket Flu-Flu' that had a rainbow slinky as it's fin can - and it flew great!

And yes, there was a fire. It's not 100% certain how it happened but the CMASS crew quickly got to work to snuff it out with our water tanks, brooms and rakes. It was 100% contained by the time the Amesbury Fire Dept got there. The fire chief was impressed - and thankful!

Thanks to Kenn and Guy as usual for all their efforts, Matt for handling the food, Stephen Maire for competition flights and all that helped out setting up, taking down, LCO and RSO duties. And a special thanks to all the rushed to the fire to contain it. The only reason it was contained is the fact that everyone jumped in and did their part.

Pictures are in the Gallery. Our next launch is May 28th in Acton.