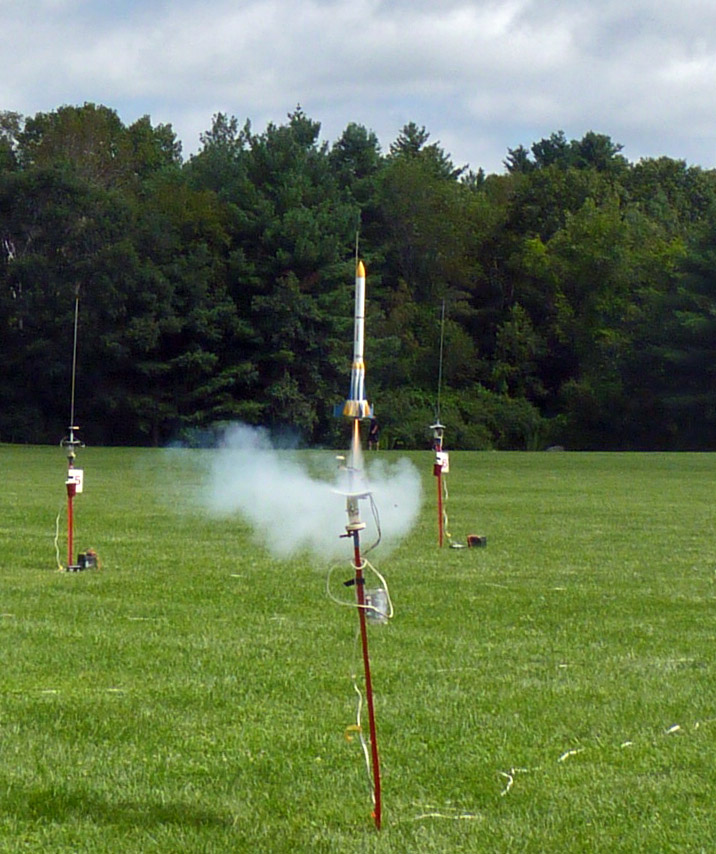 The weather ended up being much better than predicted and it was quite a pleasant day to be out and flying. Unfortunately, the forecasts may have kept many people away as shown by our 123 launch count; a little low for such a nice day. Our motors ranged from MicroMaxx to F-impulse. There was even an international feel to the launch as Quest motors from Germany and China were used later in the afternoon. The trees at the North end of the field claimed a few rockets; between the dense undergrowth, an eight-foot high fence and a firing range within earshot, no one was willing or able to venture in far enough to recover what was theirs. We had quite a few folks who were using the walking trails around the park stop by and watch us for a while. Thanks to all who answered questions for these folks and even gave them an up-close look at the whole procedure of launching a model rocket. Who knows, we may get some new people attending on a regular basis from that. Post your pictures in the gallery. 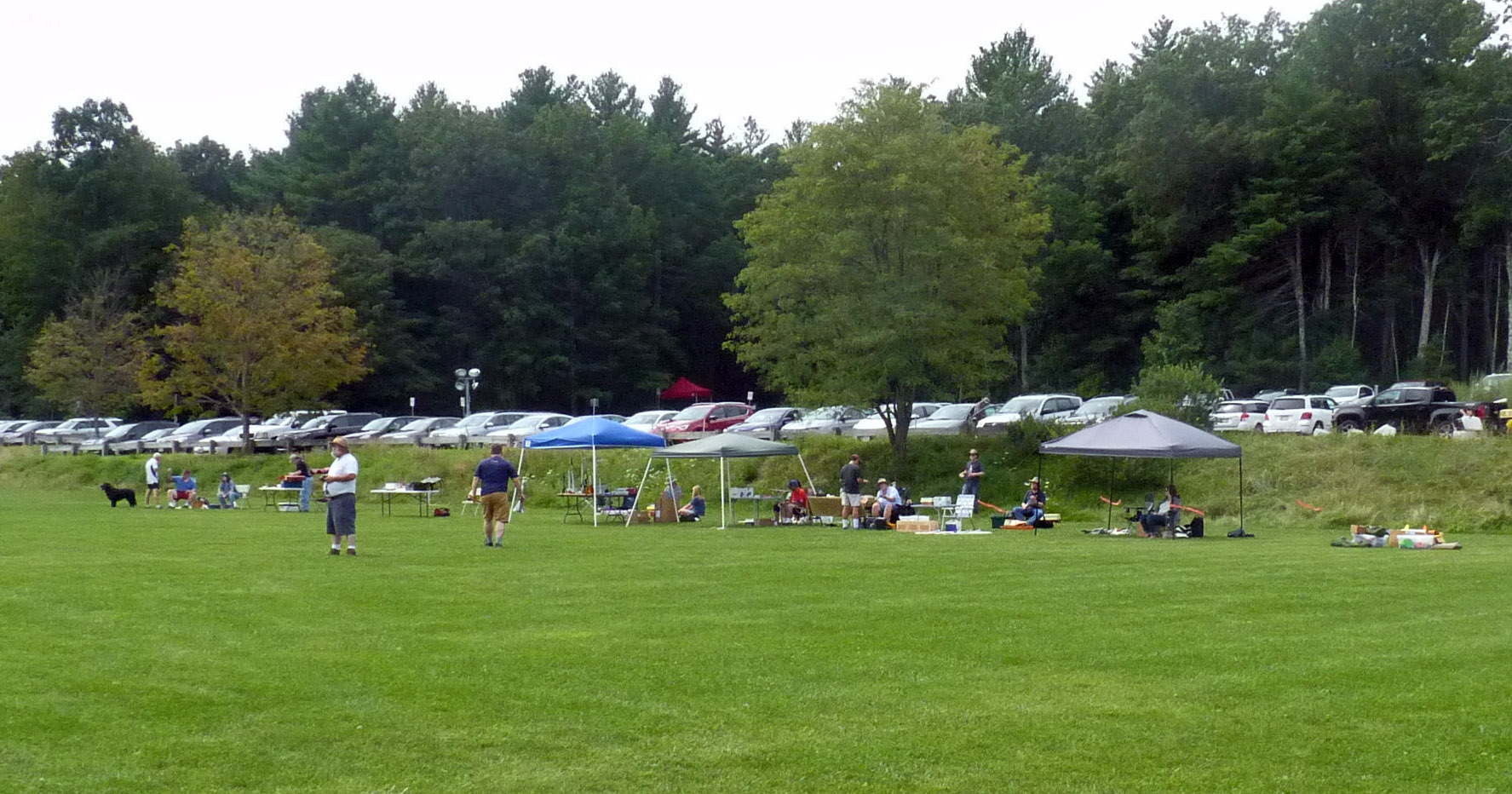 We miss the Amesbury field but we'll be back in September for the Fliskits Anniversary launch. If the haying at Woodsom Farm is going to be delayed like this every year, we’ll have to take a look at changing up our schedule to work around that. In the meantime, we’ll be back at our usual School Street launch site on the 26th of August. If you need to scratch your high-power itch, keep an eye on the scheduled MMMSC launch in Berwick on the 19th of August.