Less More
1 week 1 day ago #10774 by deangelo54
Replied by deangelo54 on topic New field possibility
I'm sure Kenn or Guy can provide more information. They get repeated inputs concerning various fields. I had looked at a field in Northampton that looked promising until I found out it was next to an airport. Oh well, we all keep trying.

deangelo54 wrote:
Other members can correct me if I am mistaken but I believe this field has come up before in discussions. The Cumberland Farms ownership sounds familiar.
Does anyone recall why this field is not viable?

I hope I am mistaken and thank you for taking the time to look at this field.

Last year, did you post about talking to members who had launched there before? I know you had mentioned their main complaint were the tall plants and tough terrain. Do you remember if they launched before people started birdwatching there or do you think they were they allowed to launch because they weren’t doing it through a club with many people/launches? Also, if we were to launch in the fall/ winter months when the grass is low anyways, wouldn’t the birds have migrated by then?
Last edit: 1 week 1 day ago by GrantW.

Less More
1 week 1 day ago - 1 week 1 day ago #10776 by guyw
Replied by guyw on topic New field possibility
My knowledge is all second hand as I have never seen or launched at this field. Having said that, my understanding is that many years ago the field was used for club launches, though I do not believe they were CMASS launches, probably Tripoli. The problems cited are tall grass, very rough terrain and very deep ditches, hidden by the vegetation. This field keeps being brought forth as a potential field every year or two, and in recent years it has never progressed past being brought forward. Please re-read the first few posts in this thread. They are about this field and seem to reinforce what I have just written. Others will need to chime in with any further info.
Last edit: 1 week 1 day ago by guyw. Reason: Added reference to the earlier posts in the thread.

Less More
1 week 9 hours ago #10777 by GrantW
Replied by GrantW on topic New field possibility
It does seem as though it would have been a very poor place to be walking around in (going off old pictures and word of mouth of the site), however having recently visited the site, it seems like it has been worked on. The irrigation ditches are still there, but looking back from the photos I took July of last year, and from what I can see driving by the perimeter of the site, it seems to have improved. I have dug up some more of those photos I took when I was capturing the solar farm for a job, and by looking at them the grass/ weeds around and in that area don't seem that bad, but again, it could have been the time of year. That being said, looking back at older satellite photos, it seems like the weeds and crops are the lowest during the fall/winter months, though puddles and ditches seem to fill up with more water. 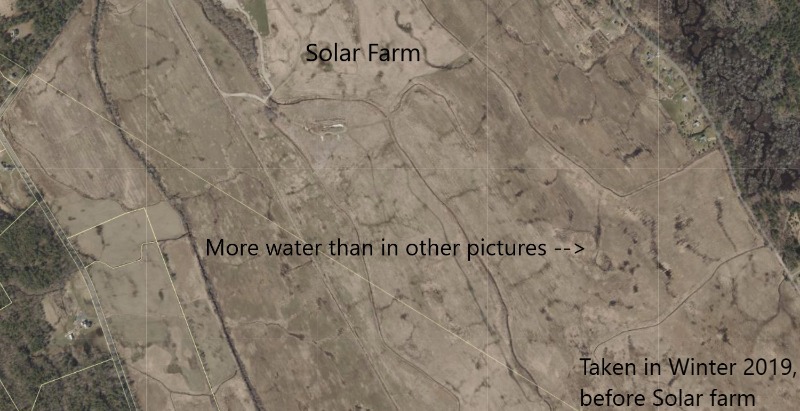 pros:
- The road going out has been greatly improved
- new farmers harvest more of the field and the rest isn't neck high anymore
- expansive launch area (1 by .75 miles unobstructed)
- large enough area unobstructed by ditches in the center of the field for low and mid power flights

cons:
- not the best place for low and mid power
- irrigation ditches/rough terrain
- solar panels on the edge of the field
- would have to plan around when the field is in optimal condition (Winter months? After harvest in June?)

Overall since the introduction of the solar farm in 2020, things seem to have improved. All things considered, say the weeds aren't as low as they look in these drone photos or from the street, maybe it could be just a one time a year high-altitude high-power only field? That could be cool and potentially gather a lot of attention... thoughts? 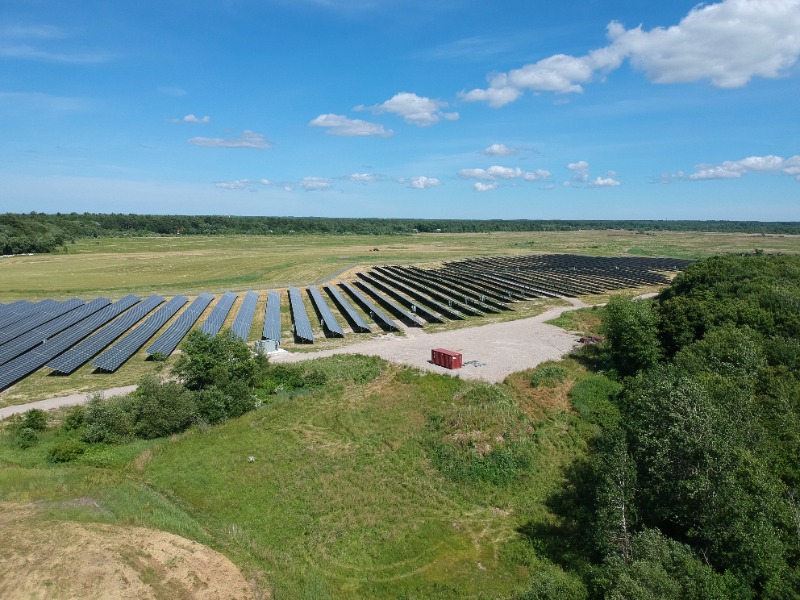 Less More
1 week 8 hours ago #10778 by deangelo54
Replied by deangelo54 on topic New field possibility
I can only speak for myself but the vast majority of my flights and rockets are low to mid power. I don't see myself going to a launch at that field. If we are looking for a one time high power launch, I will hold out for Berwick.

Less More
1 week 8 hours ago - 1 week 8 hours ago #10779 by GrantW
Replied by GrantW on topic New field possibility
That brings up a good point, there are other places like at Winnipesaukee that have a similar thing going on, and people who stick to low and mid power, but for people in southern mass or below who want to push 1.5 mile flights locally, it could potentially be useful.
The hope is that the area in the middle of the field CAN support low and mid power flights, but as a worst case I figured I’d give another option.
Last edit: 1 week 8 hours ago by GrantW.