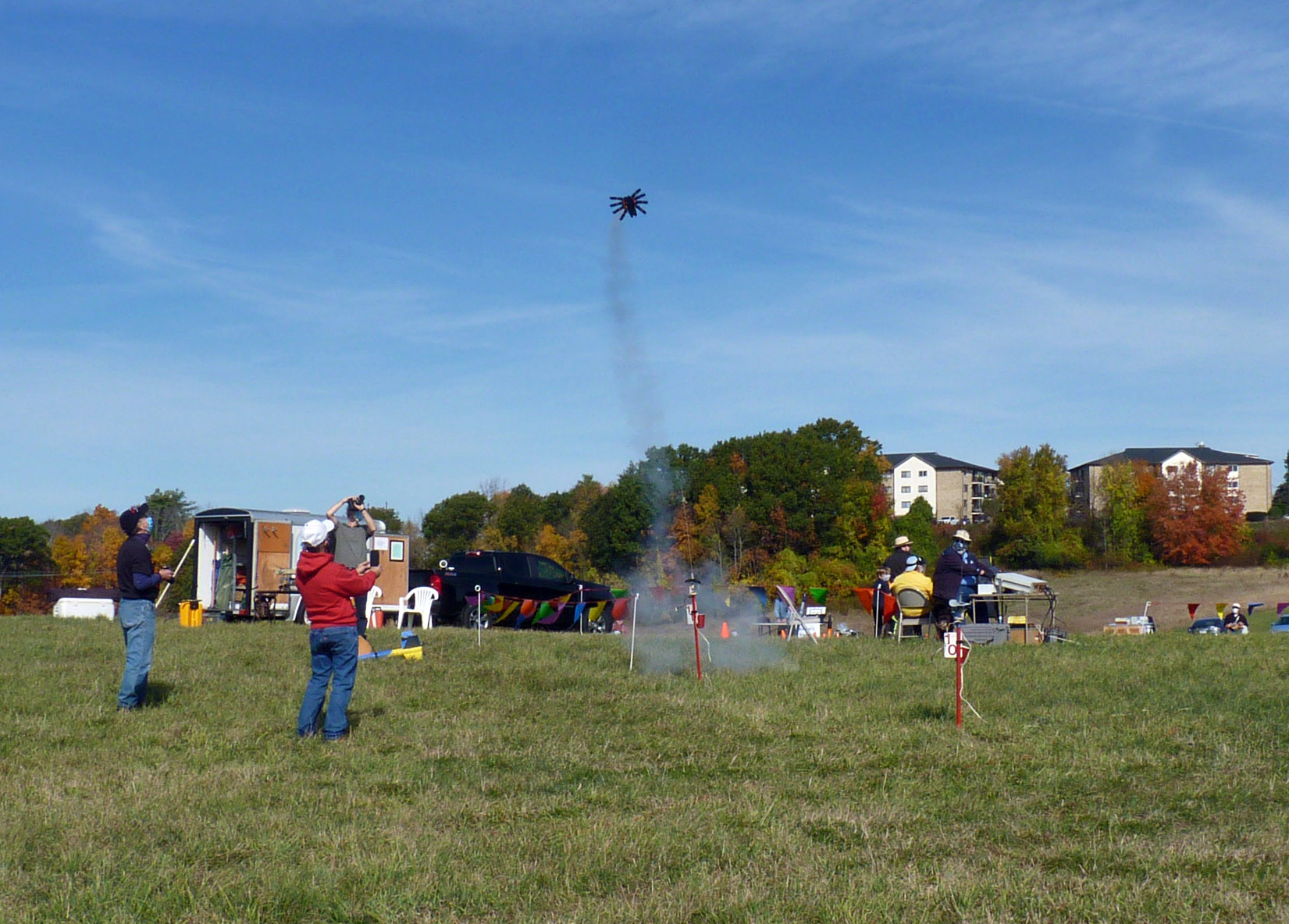 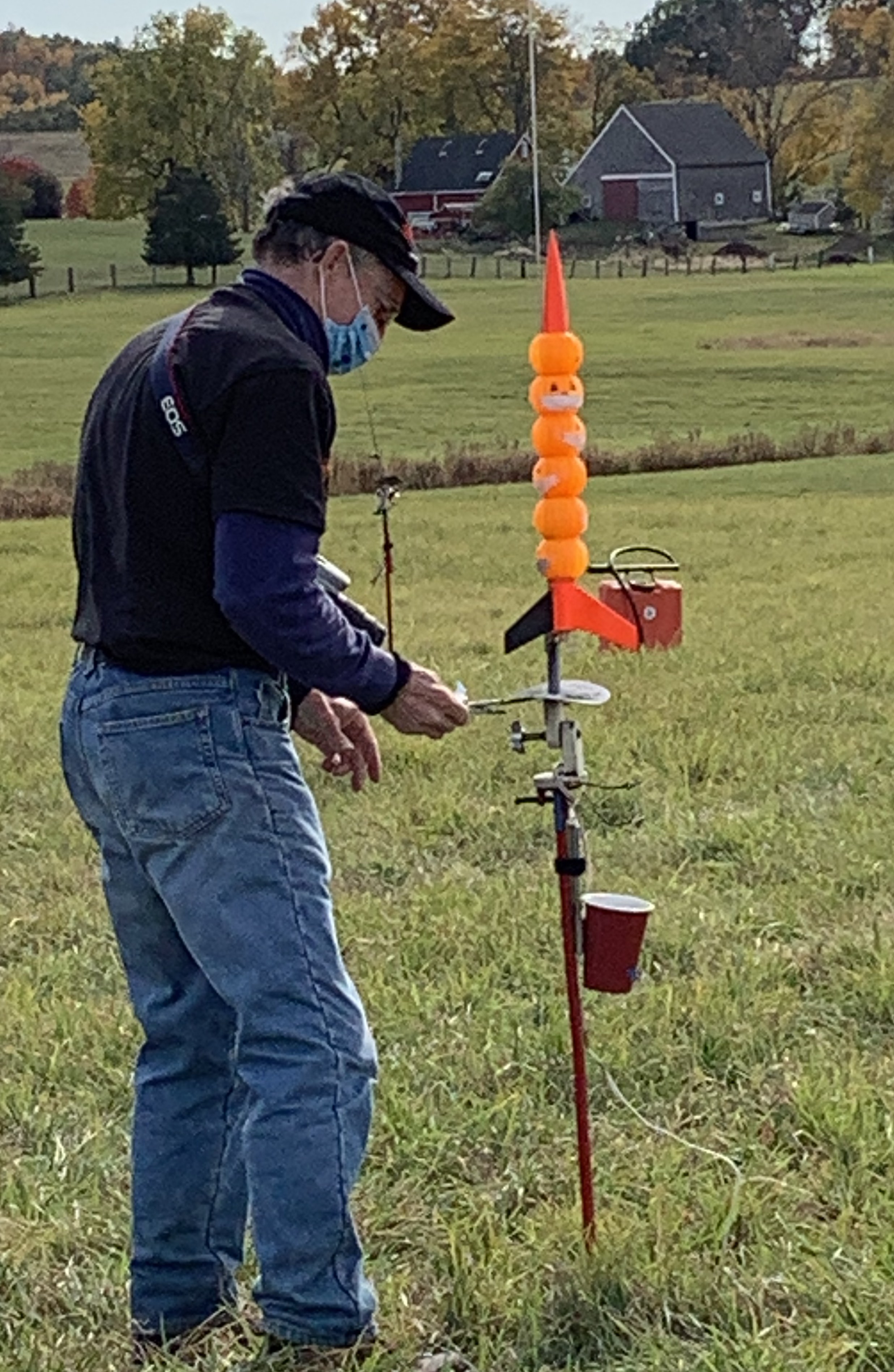 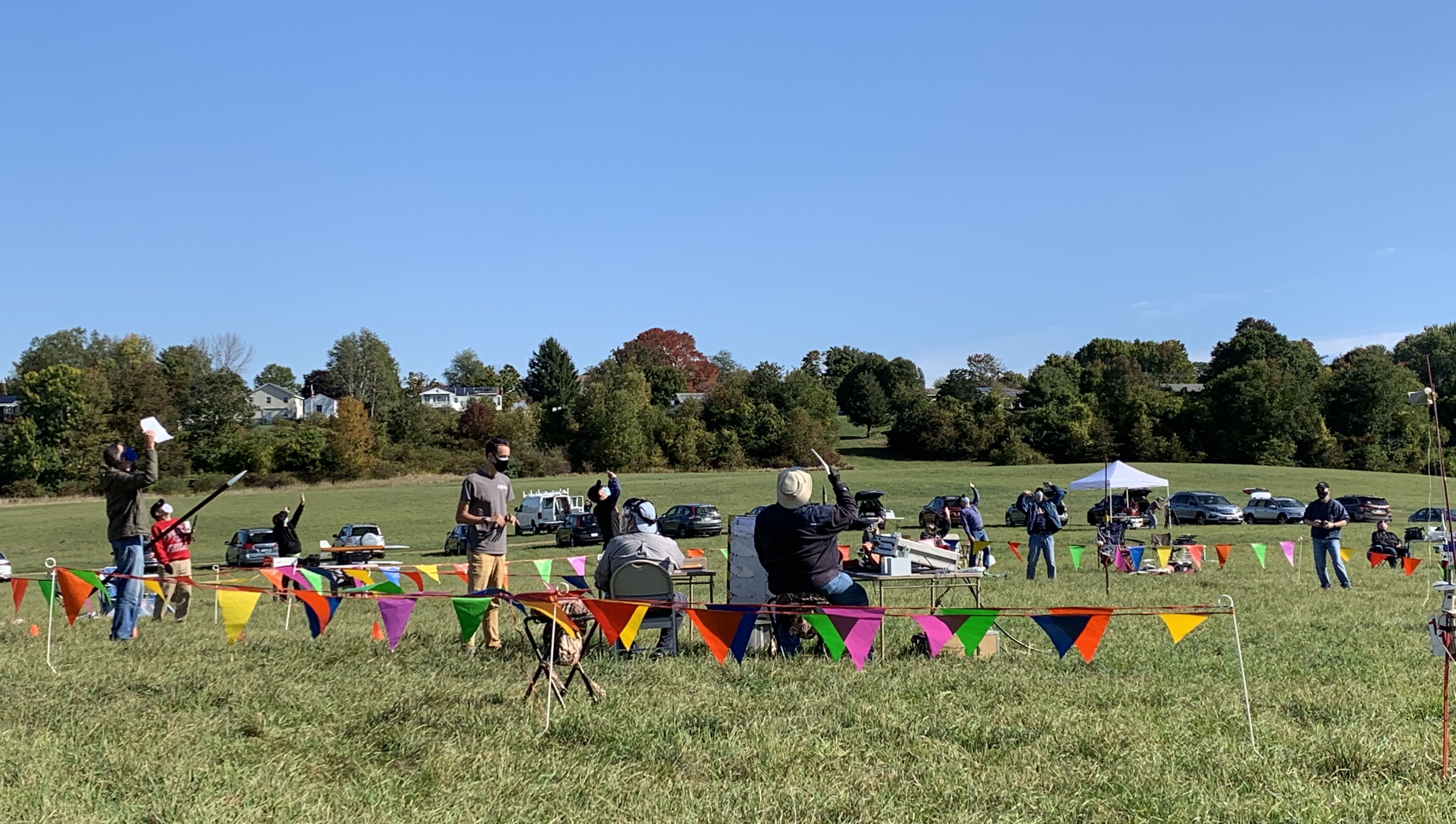 Our second visit to Woodsom Farm this year was just as good as our first. It was a partly sunny day with temps in the 60's and little to moderate winds blowing mostly toward the parking area. We set up and used all 11 low/mid power launch pads and one HPR pad. The launch day again was from 10 to 2. The state outside gathering limit is still 50 people and again we were well under that for the entire day. We had 160 launches with motors ranging from A through I. We had no certifications but several high power launches. I saw one lost rocket heading toward Lion's Mouth Road and I believe 3 CATO's. One spectacular CATO of Mike Lehman's Mega Mosquito on an Estes E12-4. Spectacular for everyone except Mike, that is. I think the only thing that survived the CATO was the nose cone and chute! Sorry Mike; we feel for ya! We've all been there. 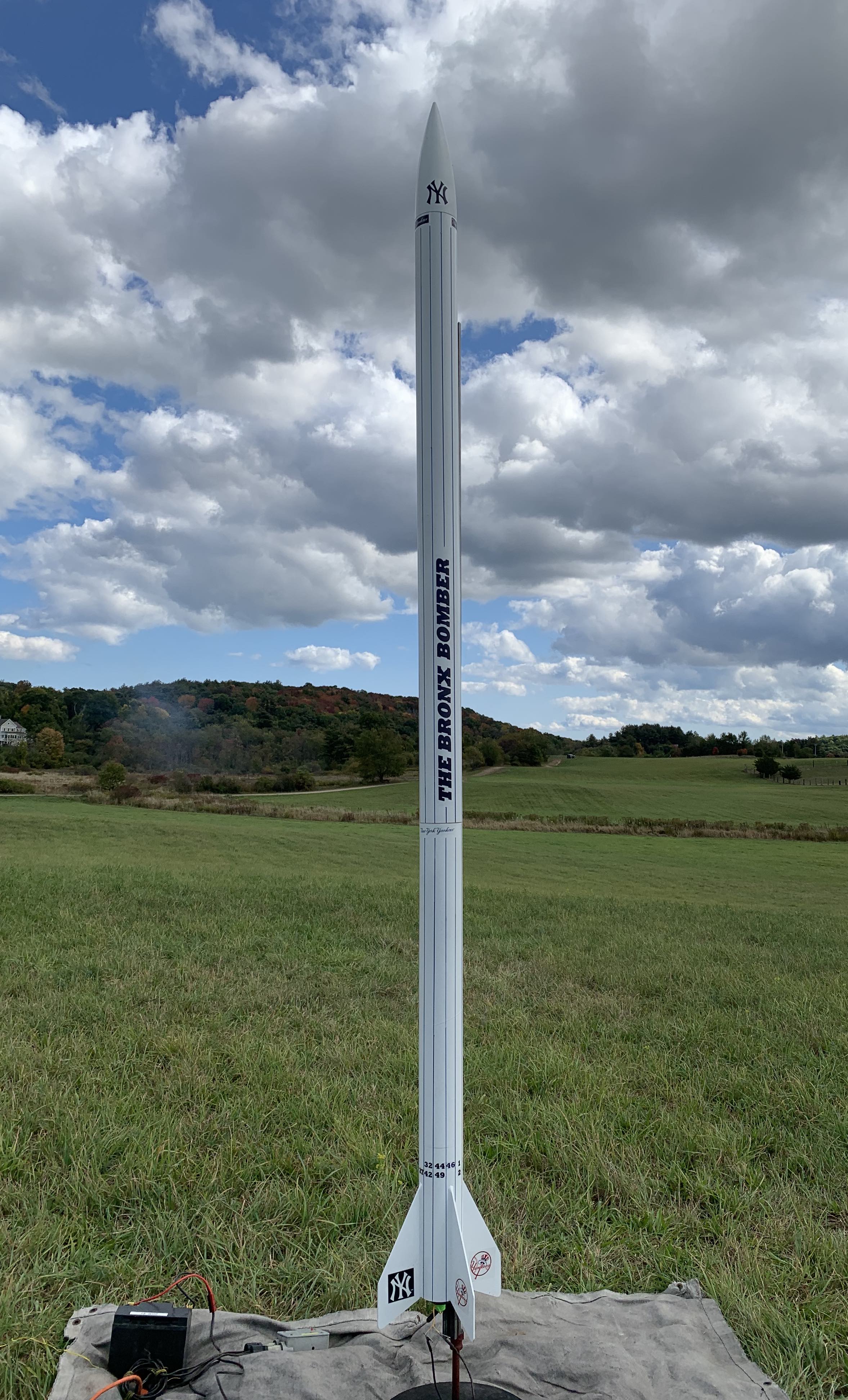 Several students from Olin College of Engineering (Needham, MA) with their instructor were there. They are prep'ing for a competition this summer in New Mexico and this was their first time at a CMASS launch. Welcome - and I hope they return. Scott Clement launched his Halloween fleet (Witch on a Broom Stick, Heads will Roll, Pumpkin Sky, Skull and Cross Bones, Worried Pumpkin Man); a little early but we're not scheduled to have another launch before Halloween, so why not. Not to be 'out-earlied', Dan Shea launched his Santa Cane! (I wonder if he has his tree up yet!) And even though the winds were not blowing toward the powerlines and HPR launches were on throughout the day, there were still three (by my count) MPR rockets that landed close enough to the powerlines to give Kenn acid reflux! I think my Leaf Blower gave him the most agida as it arched over and headed for the lines as if it was targeting them. But it landed about 100 yards before the lines, so I was saved. We need to keep a bottle of Pepto (and possibly Jack Daniels) in the trailer for Kenn.

Thanks to everyone who attended for abiding by the Covid guidelines. Thanks again to Kenn and Guy for manning the launch table most of the day. Thanks also to Howard, Tony, Frank, Ed and everyone else who helped with set up and take down and the launch in general.
Our next scheduled launch is Nov 7 at Woodsom Farm - which could include a night launch! Stay tuned!