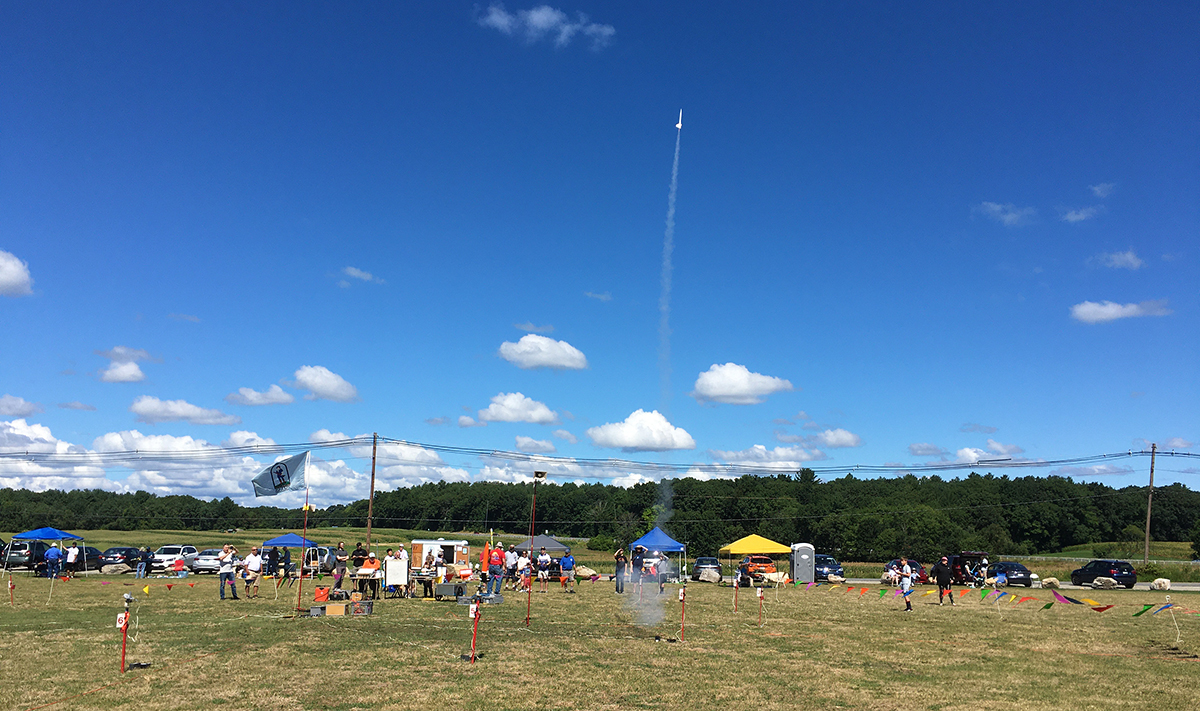 The story of Saturday's launch has to be the total number of launches - 356! That's a stack of launch cards from here to the moon - well, five and half inches toward it anyways! That's the most launches I've experienced, and I'd wager CMASS hasn't seen that many in a long time. And we had a lot of people launching, well over 100 at it's peak around 1:00 with a lot of new faces and families. Things seemed to go smoothly throughout the day too. We had good weather, partly sunny with temps in the 80's and a moderate wind blowing westerly. It was a a great day!
Motors for the day were typical for Acton - 13 mm to G. We did have several CATO's, with one that ignited a rocket and required extinquishing. One of the CATO's was unfortunately an old and rare RoadRunner motor that was donated to the Spadafora Fund earlier in the day. Howard purchased the motor and used it in his Sumo. I did not see the CATO and don't know how the rocket faired. But it was all for a good cause! We had at least one tree'ed rocket and I believe one rocket may have cruised across Route 2! And the Bertha's ... oh the Bertha's! Twenty-one Big Bertha flights; and if you include Super-, Boosted-, and Baby-, it totaled 33! That's 10% of the total flights for the day! Very strange!
Bruce Strong launched his scratch-built Space Ark on 4 E12's. He did get all four motors lit, but the flight was unstable and the Space Ark hit the School Street pavement hard. I guess we won't be colonizing Zyra! There is actually a thread on TRF that shows some pictures and the flight. Bruce also launched his Dude! It was great to see and was a big hit! You gott love the Dude! Jeremy Hermann brought back his Mandalorian and Starship Super Heavy. The Starship is a complicated flight and worked perfectly - again. Scott Clement had his summer collection of rockets, including 'Soft Serve.' He also launched his new 'Princess Leia', twice. Unfortunaley neither flight was all that stable. Actually, if the rocket portion was black, instead of white, it would have looked more like RBG than PL. Something to think about for a SCOTUS-themed rocket.
I brought some items (motors, kits, built rockets, chutes) from the Spadafora Auction that did not get bids during the auction. I 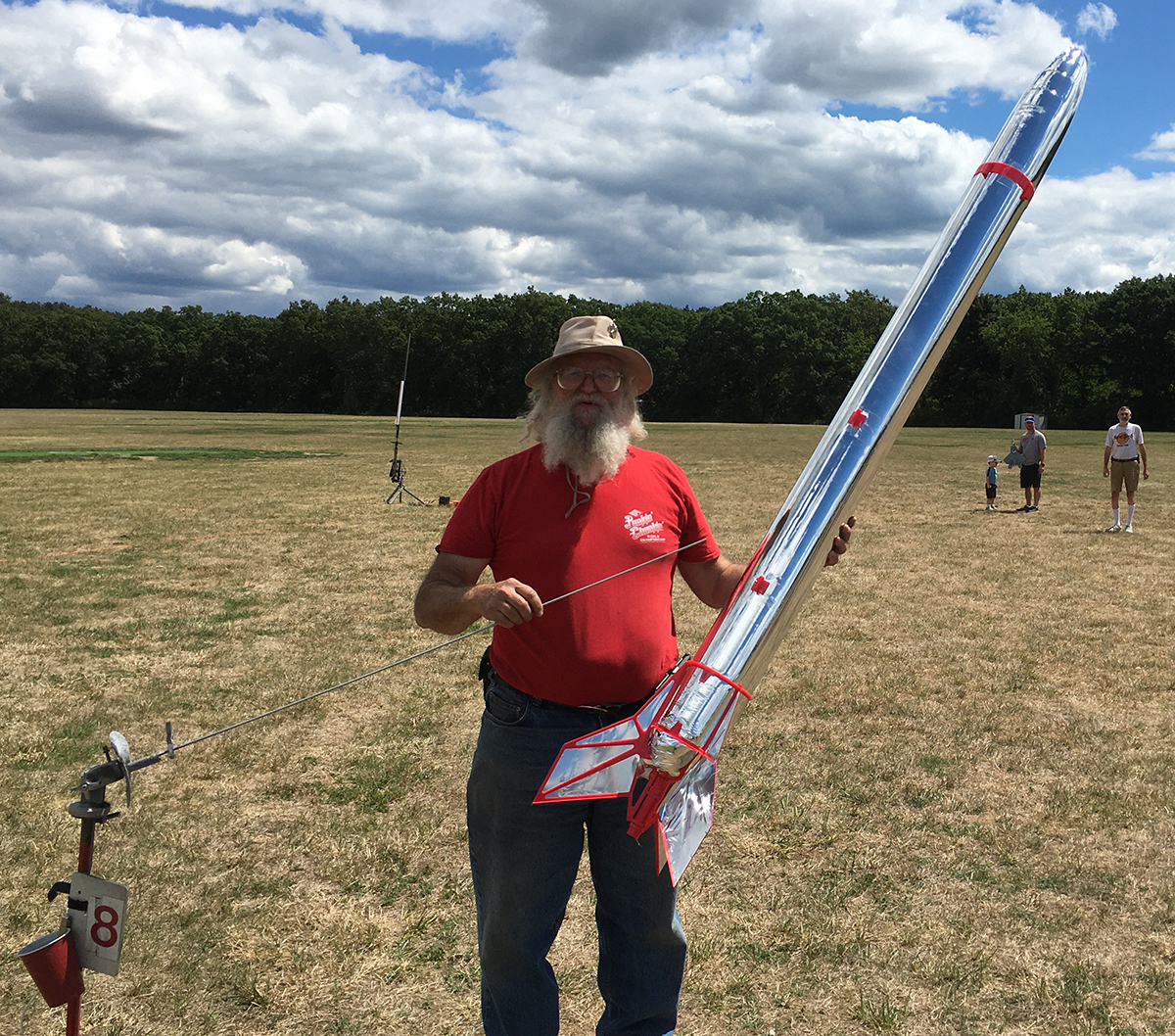 was able to sell most of them, including some additional items donated that day, for a total close to $350! Thanks to everyone that purchased something. I'll be bringing more items to the upcomig launches, so keep and eye out. I'm sure they'll be something that you'll want!
And do I need to mention that, at the start of the day, the cricketeers needed to be kicked off the field? ... of course not!
Special shout out to Daniel Shea who introduced a family to rocketry. The parents and two boys just happened to be passing by and were interested. Daniel took the time to get the boys a couple of rockets from the CMASS stash and help them prep, load and fly the rockets - twice. Hopefully the boys are hooked and we'll see them at future launches! If we do, we can all thank Daniel!
Thanks to Kenn, Guy, Howard, Tim, Christine, Todd, Tony, Linda, and everyone else that helped out. Pictures are in the Gallery; please post yours. Our next launch is June Sept 3 in Acton. Our last launch in Acton and then on to Woodsom Farm.