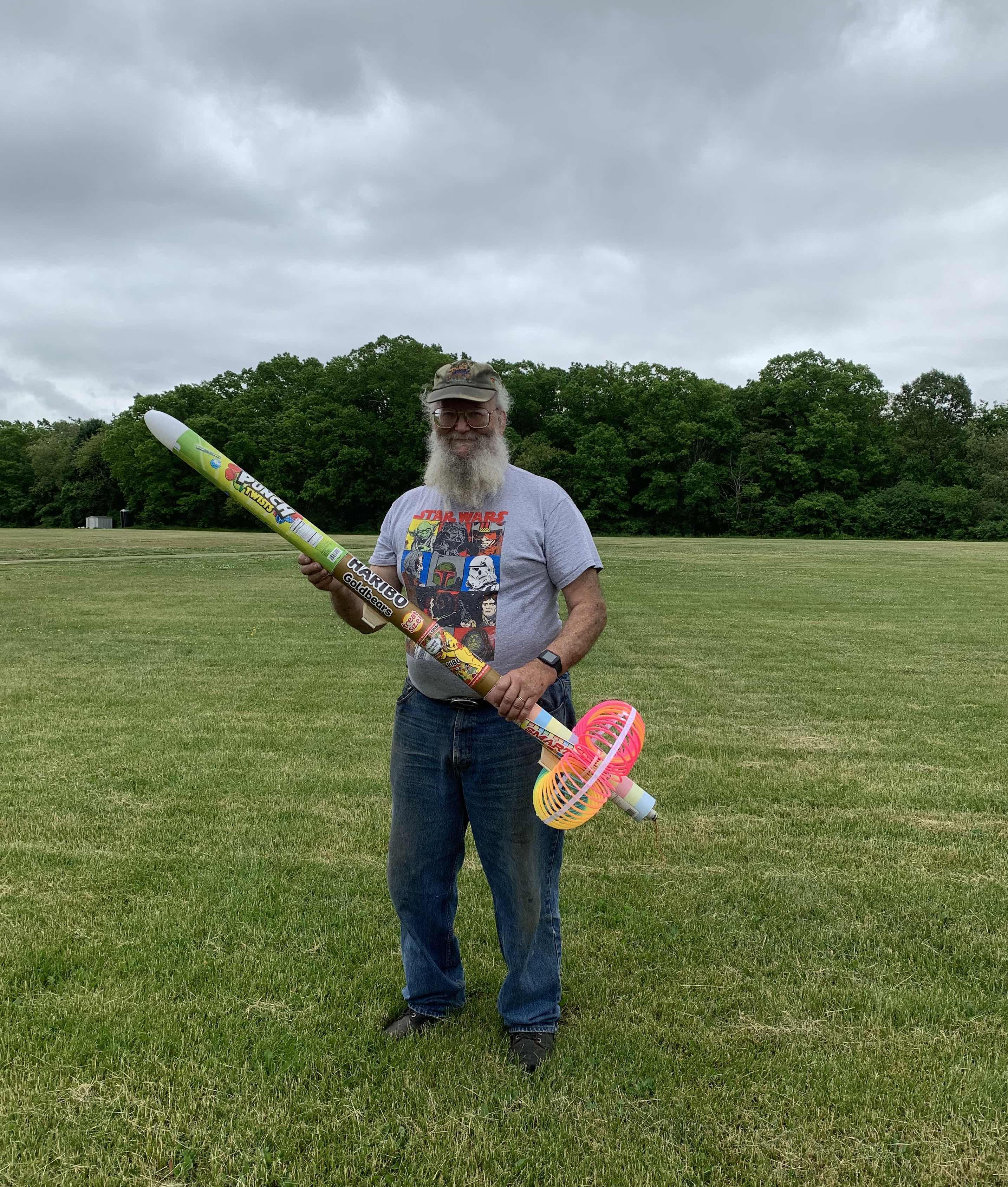 Saturday showed us that the cricketeers are more predictable than New England weather. The cricketeers were there, the showers and wind were not. The skies did look threatening and there were some drops, but nothing started until 2:00 and there were light winds most of the day. It really turned out to be a great day to fly.

We had 229 flights. That is a lot, especially for Acton and even more so considering we broke down the field before 2:00. Close to 60 of those flights were from Pack 3104!  Motors from 13 mm to G; no CATO's, I believe only one tree‘ed rocket ,and I one NAR competition flight. A few rockets did land in the tall grass toward Rt 2, hopefully most were retrieved. Guy brought the new MPR rail pad - very nice. And I was lucky enough to christen it with my 'Br. B's Rocket'. I can readily give my thumbs-up!

Tim Dawson, whose missile collection would make Kim Jong-Un drool, had 17 flights. And let us not forget Daniel Shea who 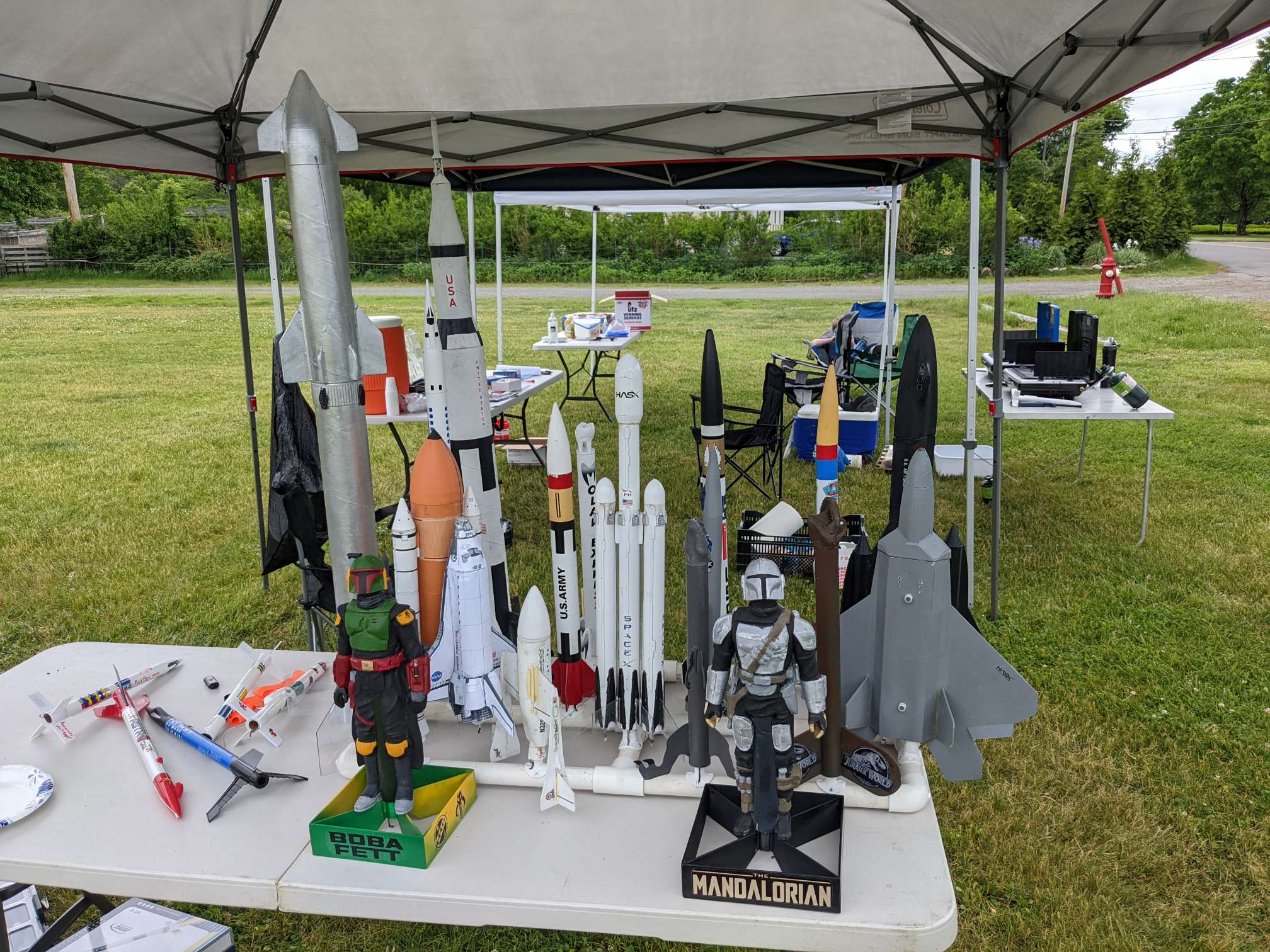 flew his Baby Blue Bertha eight times! The last couple on an A8-3 because he got tired of walking. Greg Lehmann flew an Estes Pop Fly (which I hadn't seen since Katy was a kid) and if I'm correct, he caught the ball! Howard flew his Sumo twice and got it back both times. I flew my Coffee Tube for the first time on a G motor (G40-4W), which probably made it a bit unstable as it made two loops before it landed!

I delivered most of the Auction winnings. Thanks to everyone who picked up their stuff! I'll be bringing the stuff that didn't go at auction to some of the launches during the rest of the season. So, stay tuned there's still plenty of good stuff left.

Thanks again to Guy for the new rail pad. Thanks to Kenn, Guy, John P. Ed, Howard, Matt, Linda, and everyone else that helped out. Pictures are in the Gallery; please post yours.

Our next launch is June 11 in Acton!