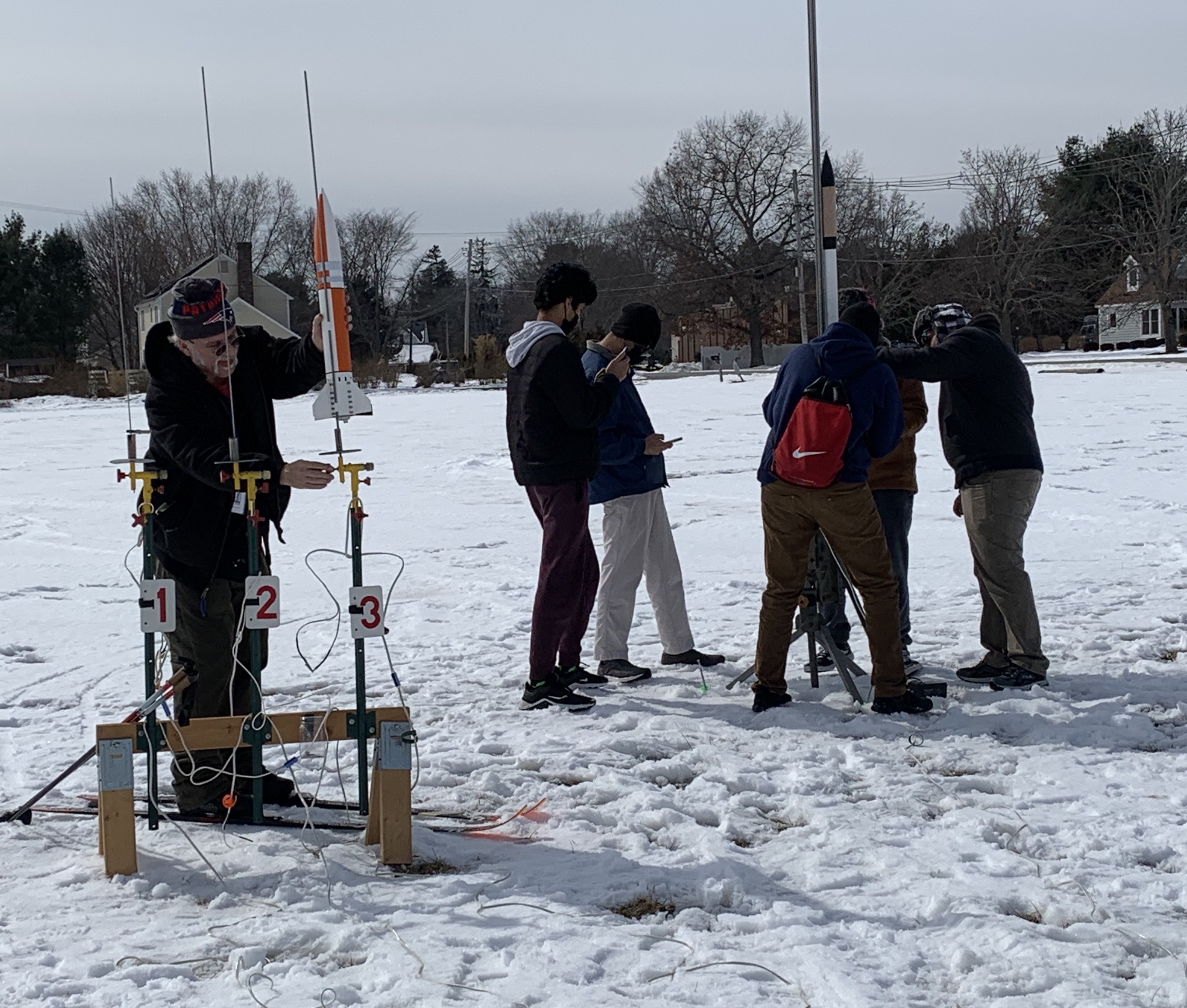 05 March - The first TARC launch of the season was last Saturday (5th) in Acton. It was sunny, windy and temps in the 30's. Two high school teams were there: Westborough and Lexington. Westborough got in one practice launch. Unfortunately their 3D printed nose cone cracked (either during the flight or upon landing) and that was it for them for the day. The Lexingtion team, because of the lack of rail guides on their rocket, did not fly that day. The CMASS attendees were the usual suspects with the addition of Tim Dawson, who brought his skis for rocket retrieval! Guy, Tim and myself launched a few rockets as well. Some pictures are in the Gallery and we'll add to them and append the article as the TARC launches proceed. Hopefully we'll get a few more teams next time. 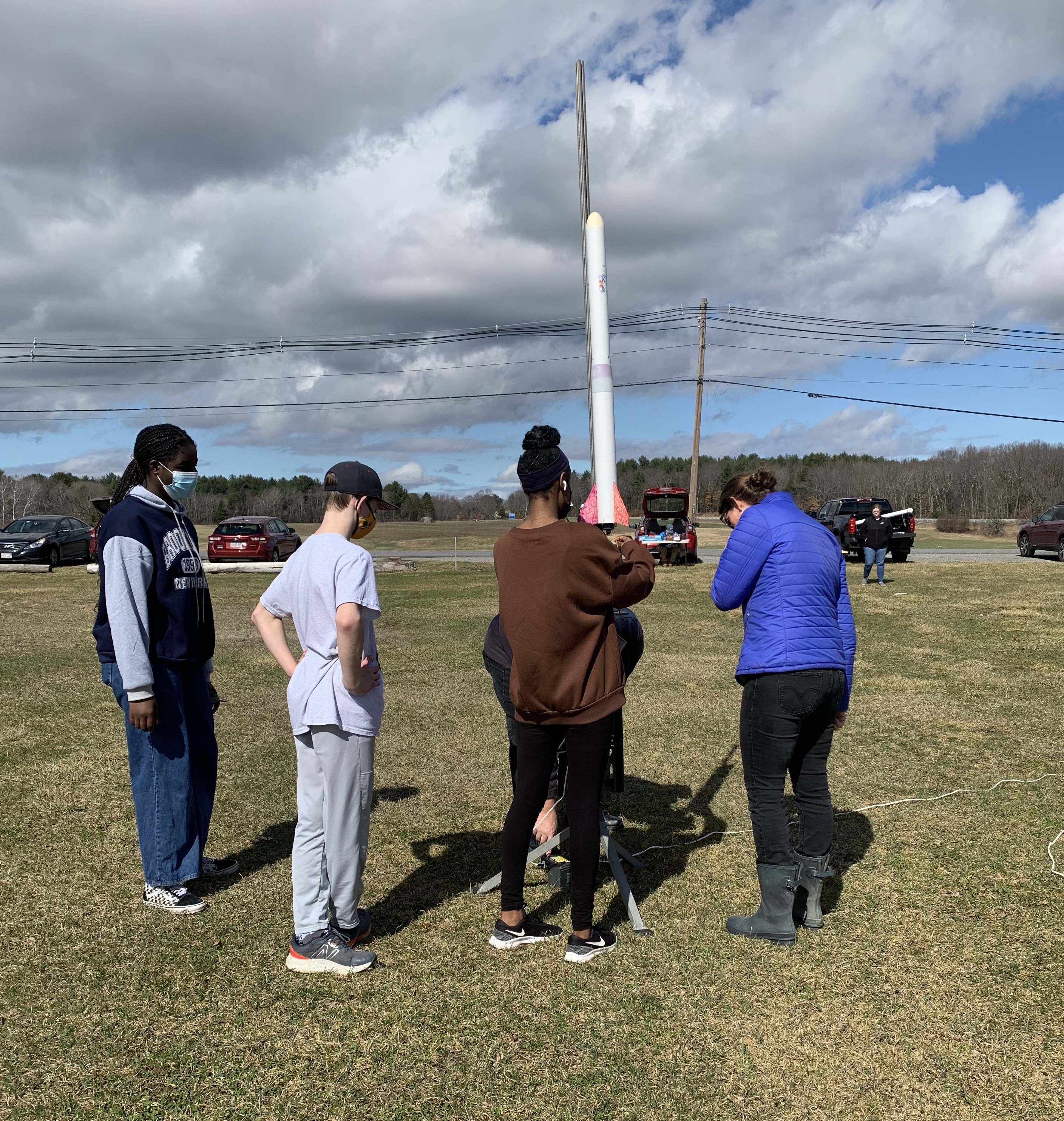 20 March - A lot better weather for the TARC launch this past Sunday. Lexington, Cambridge Rindge & Latin, and Newton High Schools were there as well as cub scouts and boyscouts from Somerville Pack 3. There were some fairly successful practice flights but no certification flights (It's not the last minute yet.). One rocket did land in the trees beyond the stream on the east side of the field. But with the help of Howard and Guy's telescopic pole, there were able to retrieve it. Pack 3 got in several successful launches of their Alpha's. A couple of the Alpha's had non-traditional fin attachments - one definitely inspired by the MIT rocket club! One more TARC launch left. You know that will be the busy/hectic one!

The final TARC launch of the season was on Apr 3, a bit overcast but favorable winds - and a lot of activity. We started an hour early at 10:00 am in anticipation of afternoon showers (that luckily never showed up) and still went 45 minutes over the original 3:00 end time. The TARC teams were from Needham, Lexington, Algonquin, Cambridge Rindge & Latin, Deerfield, Westboro, Groton, and the (non-TARC) Civil Air Patrol of Newington. There were a number of test launches and several good qualification flights. Hopefully one of them will make it to the finals. We even got donuts from the Lexington team for staying past the end time! It was a fun launch!