Thank you for a great 2021 flying season. Our next launch will be our Winter Follies in Acton in January.

Post any pictures from the 20 November launch in the gallery.

The 2022 schedule will be posted when it is finalized.

245 Flights total, 18 NAR contest flights, at least 100 in attendance (at the high point) and no cricket(eer)s! What a way to end the season in Acton! It was a sunny day with no to moderate winds. Unfortunately, they blew the entire day toward the trees, which gobbled up more than its share of rockets - the only downside to a great day of launching. Esther Engines and FlisKits were there as well as the master himself, Jim Flis. Motors ranged from MicroMax to G. We had two CATO's that I remember.

Ray DiPaola of FlisKits flew several FlisKits rockets. All flew nicely and were well decked-out. Scott Clement did not have his usual summer fleet but did fly Asta. Asta wasn't too happy as he barfed out his parachute! Jeremy Hermann had his Starship Super Heavy that descended (in part) horizontally - just like the real thing! Joe Lemanski a really pretty Interceptor E; and Joe Colosimo his HighLander - that's a lot of whiskey! Daniel Shea launched his Baby Blue Bertha several times (as per usual). This time he actually used a non-A8-3 motor and launched in on a C6-3! And got it back! Guy decided it was a nice day for a walk and launched a non-spool rocket; his Alpha III on an A8-3 - so not much of a walk. But the rocket of 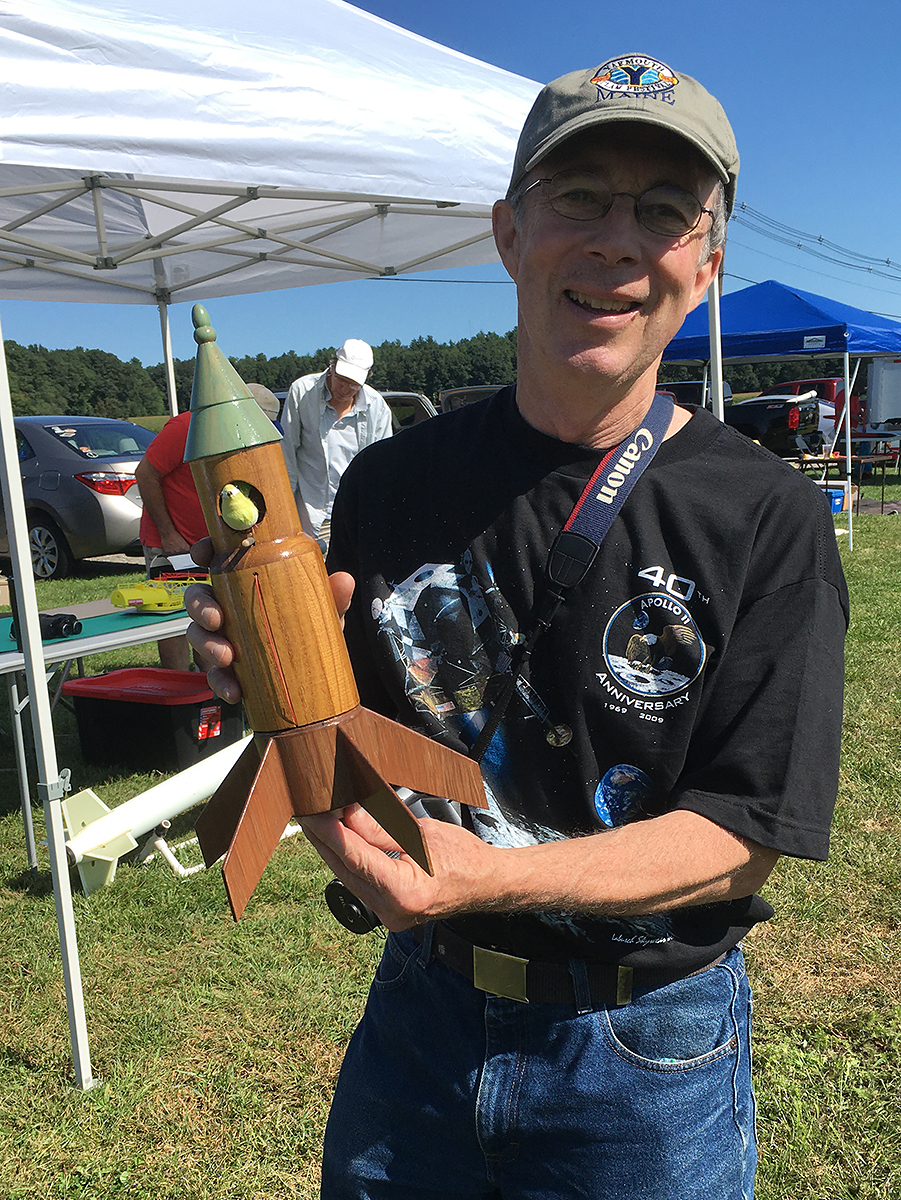 the day was Brenton DeBoef's 'The Finless Wonder' that uses BPS's Signal R2 thrust vectoring system to control flight stability; i.e no fins! If you have not seen this, you can find out more on their web site -  BPS.Space. Unfortunately for Brenton, the F15 motor CATO'ed and the rocket did a couple of loops before hitting the ground. No damage though and she will fly again. Pictures are in the Gallery. Please post yours.

Thanks to everyone who attended for abiding by the Covid guidelines. Thanks again to Kenn and Guy for manning the launch controls; to Matt, Linda and Christine for helping with food, Steve for taking charge of contest flying, those that helped out at LCO and RSO and to everyone else that help set up and take down.

Our next launch is Sept 25th in Amesbury. Bring your HPR!