Greg and Dave are the brothers Lehmann.
Whose climbing prowess make them excellent tree-men.
Scurrying through branches and leaves
Courageously, rockets they retrieve.
Giving kudos and praise, CMASS is all in agreemen'. 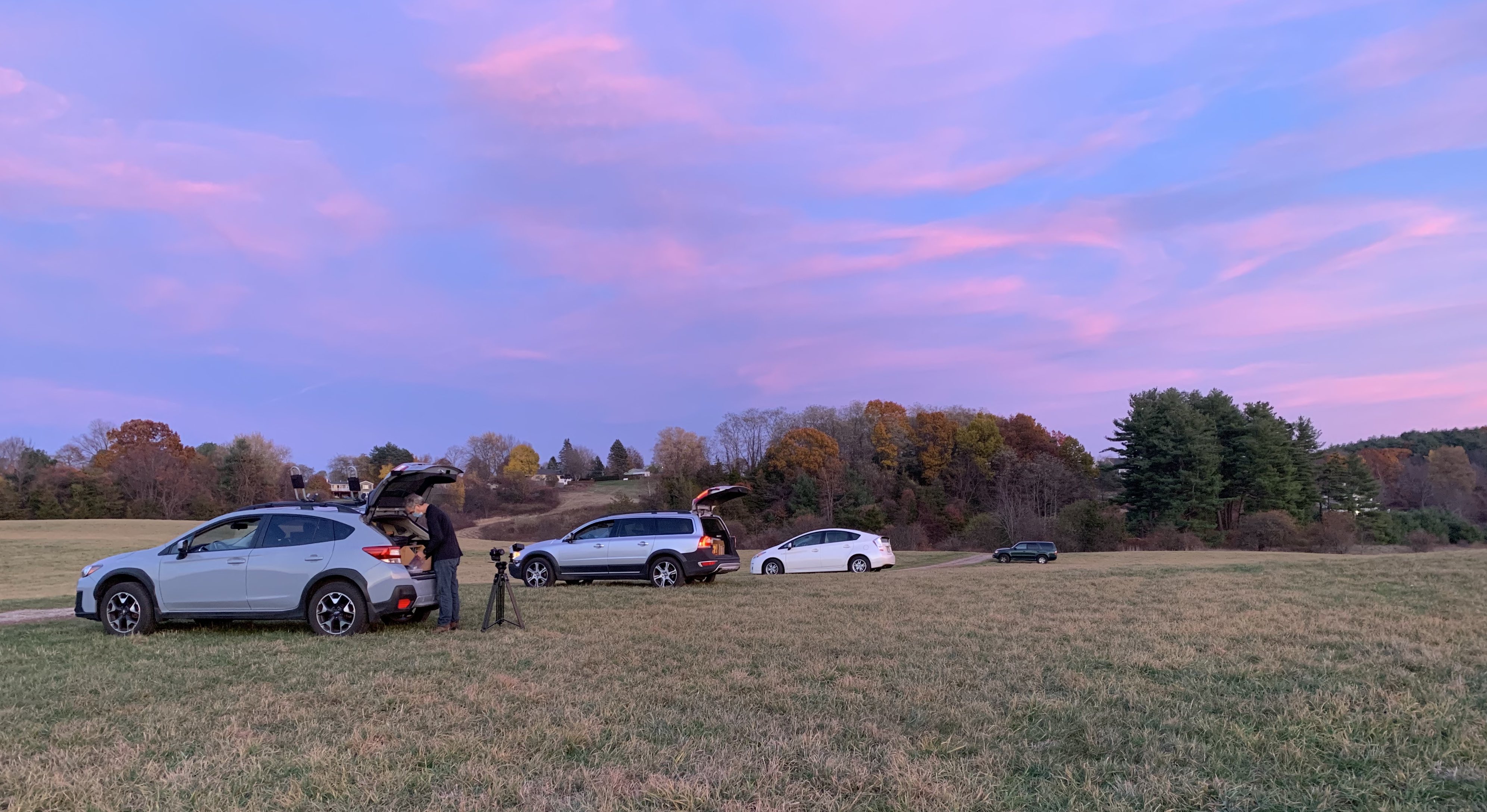 It was a near perfect day - mostly sunny, with temps in the 50's and winds light blowing toward the parking area and up the hill. We had a good crowd too, with some first-time fliers and students from Olin College of Engineering. There were 186 flights with motors ranging from 13 mm A's to a J motor. We flew from noon to 4:00 after which, the launch field was taken down and a small launch set-up was erected for the night launch.

There were seven HPR flights, which was pretty good - a lot for this year. One was a successful L2 certification - congratulations Jacob Felser. He flew his Cherokee on an Aerotech J350. I'm sure you've heard this already (and it is actually true!) - Now the real money starts! Curtis launched his Deuce's Wild fleet - all three flights were successful. And Steve Kranish launched is RC glider Cobra V a few times, which is impressive since it's up there for about half of the launch day! Bruce Strong launched both his half scale Sputnik and Splatnik. Special congratulations to Frank DeAngelo who successfully launched is 200 flight of the season! That has to be a record of some sort, somewhere!

One of the HPR flights was mine - No Indigo - its maiden flight on an Aerotech I245G motor. It was a great fight but landed in the trees. Not too high and definitely retrievable. Even more so because the Lehmann boys went to work. They are good! They each climbed about 25' up on two separate trees and were able to get the rocket from both ends. I have to admit, they were making me a little nervous. We also had help from Scott Clement and CMASS's telescopic pole. I am very grateful to all! Greg and Dave should start their own rocket-retrieval service - and charge, say, $1 per foot, per tree climbed! 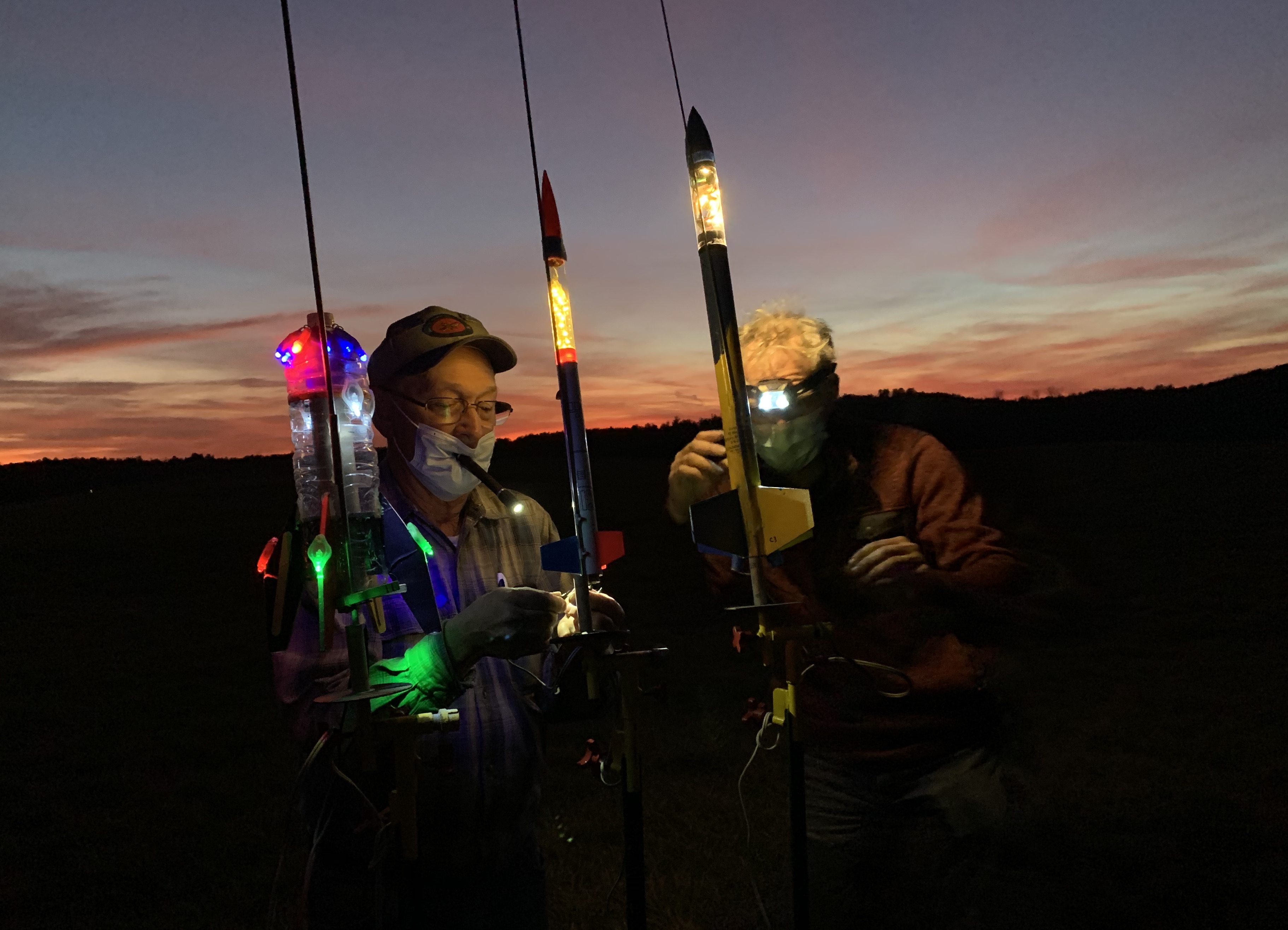 The night launch was also a lot of fun. The weather was still great, and we had several rockets - kits and scratch builts. All were great flights. Pictures are in the Gallery. Please post yours.

Thanks to everyone who attended for abiding by the Covid guidelines. Thanks again to Kenn and Guy for manning the launch table most of the day; and to Howard, Tony, Frank, Joe and everyone else who helped with set up and take down and the launch in general. Our next and last launch of the season is Nov 21 at Woodsom Farm. It is also scheduled for noon to 4:00 with a night launch afterwards.