Our next launch is scheduled for 01 October in Amesbury and will be sponsored by Fliskits.

The AFD has given us the go-ahead for our launch; now the weather will be our only concern.

The weather for this past last launch was OK for flying. Temps were in the 40's for most of the day, overcast skies and a moderate breeze in the morning. Unfortunately the wind turned toward the power lines by late morning and so no high power flights after that. We had a good crowd though, one of the largest this season with at least 80 people at its peak. Troop 635 from Melrose, several students from Tufts and a number of families were all on the field. 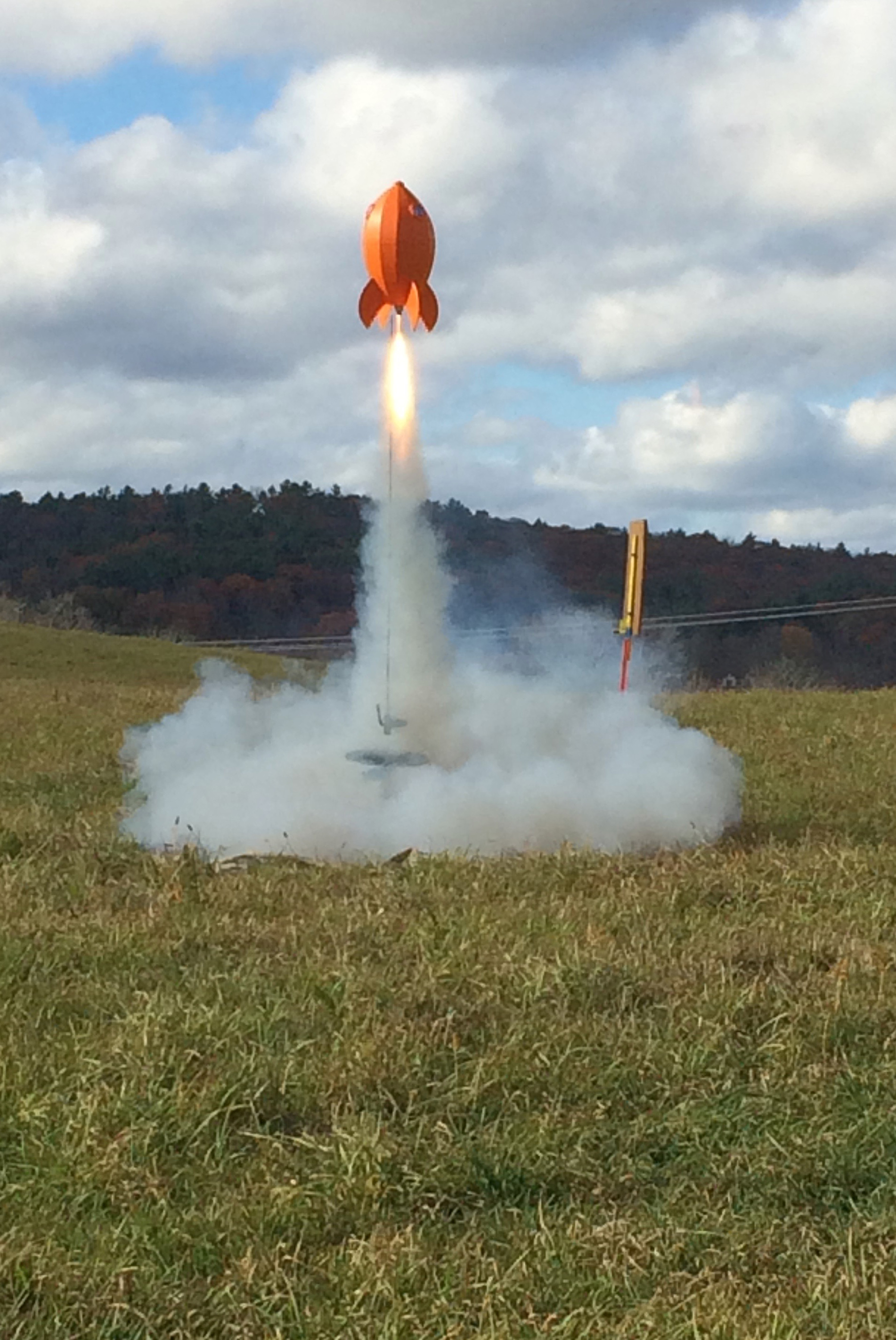 flew 38 Gnomes. This maybe turning into the Troop 635 Annual Gnome Launch! By my count, there were only 3 high power launches before the winds changed. I launched a Nuke Pro Maxx (Aerotech H73J), Curtis flew one of his upscale Deuces Wild (2 CTI H120 Redline) and Bruce Fishbein flew an Upscale Explorer (Aerotech I285R). The 6 CATO's were E12's and B6's. It was also a bad day for Mega Baron's - the two that were flown both did a nosedive. Mine is history; I think Rod Thomas flew the other one. Hopefully his fared better. Rod did fare much better with his 'Wallace and Gromet Moon Rocket'. That was a great flight! Jim Salem flew one of the rockets from the AMW Dumpster Rescue Sale! It flew nice on a Aerotech G80 (twice). And finally the winner for the best named rocket of the day has to go to Caroline Law for her "Princess Butterfly Fairy"! I so wish we had a picture.

Many thanks to all those who volunteered: Kenn, Guy, Howard, Curtis, Tony Vincent, Matt Laudato, Liz for helping with food. And thanks to all those who helped out during the day that I did not mention. Pictures are in the Gallery; please post yours. Our next launch is back at Woodsom Farm on Nov 16th. This is also our joint night launch with NORG and our last launch of the season. Be there!