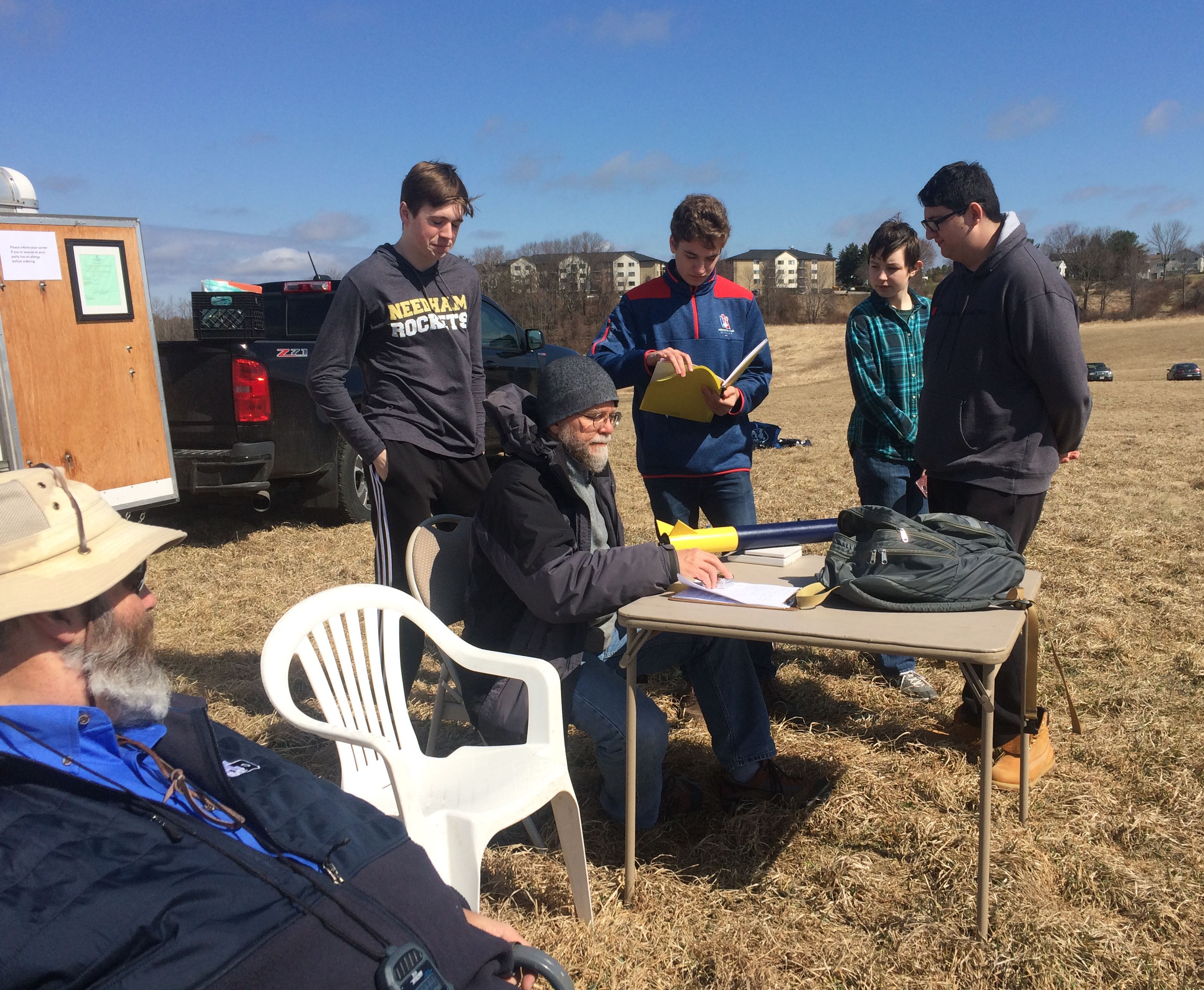 There were two TARC launches this year - Mar 23 and Apr 6 at Woodsom Farm. The first launch was very windy and just one TARC team from Needham High School and a college team from Northeastern were there. The Needham team had some technical difficulties and got only one launch in. The Northeastern team's rocket employed changeable 3D-printed fin cans with one fin cocked at different angles and they monitored their spin during flight. They got four good launches in but unfortunately the last one landed in a tree too high to recover.

The Apr 6th launch was a lot better, moderate winds and mostly sunny. Two TARC teams - Needham HS and BN & B HS; and two college teams - Northeastern returning to do some more spin launches and U. Mass Lowell performing a few flights that were going to be used to promote their club. The U. Mass Lowell team had several good flights; hopefully they got the pictures and videos they needed. The Northeastern team was less successful this time around, with one unstable flight and one lawn dart. Both TARC teams were successful and obtained some good pretty good scores on their qualifying flights. Unfortunately, not good enough as neither team made the finals.

There are a few pictures in the Gallery.

Two weeks till our first launch of the season! Sign up to help out.