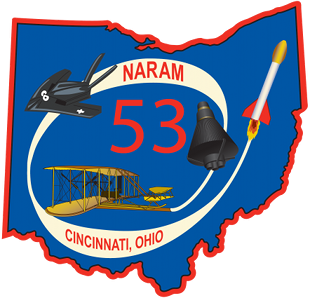 NARAM 53 was held in Lebanon, Ohio, which is outside of Cincinnati.  I decided to drive out.  Google Maps told me it was about 14 hours, which would be OK split over two days.  Besides, it’s a pain having to ship stuff ahead, especially when the contest models aren’t finished yet!

I ended up with a crisis at work, which ate up some time that could have been spent finishing my Scale Altitude model, but it was mostly ready when I packed up and left Friday morning.  I made it as far as Youngstown, Ohio on Friday and drove the last four hours to the launch site on Saturday.  I arrived just about lunch time.  I had enough time to say “Hello” to some folks, grab some lunch and cruise Vendor Row before a nasty thunderstorm hit.  EZ-ups were flying everywhere.  I decided to head for the hotel and unpack.

You too could have your byline on the award winning CMASS website. All you've got to do is a small writeup like this about one of the launches. 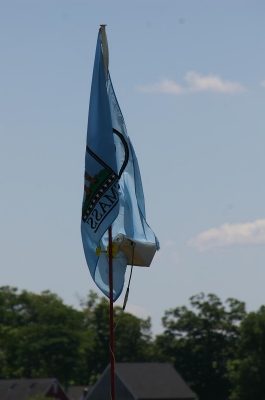 Our July launch was well attended. At one point Jim counted 150 people. We were lucky that the weather cooperated and gave the farmer time to cut the hay and rewarded us with a day with little to no wind. We almost hit 400 flights with our usual mix from 1/8 A to K, black powder, APCP and hybrid and a variety of different types of models. You can find photos in the gallery and more information in the forum. If you took pictures at the launch please post them in the gallery so everyone can see them.